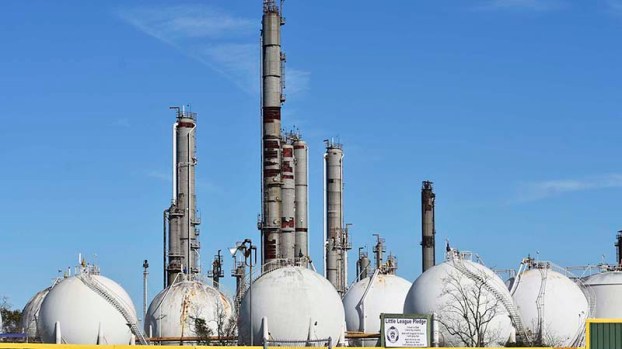 A large portion of the community is still on standby with the recovery and claim process two months after the initial damages from the TPC explosions were assessed.

Johnson said while the chemical plant is outside the city’s jurisdiction, actions are being made to connect with TPC officials to speed up the settlement process and return citizens to their homes.

“TPC is in an ETJ (extraterritorial jurisdiction) zone outside the city limits,” he said. “The city has no control over the plant because it is outside the city lines and damages weren’t caused by a natural disaster like a hurricane or flood. It’s unfortunate. We wish we could do more, but we understand the frustration of our citizens, and rightfully so.”

Johnson said some homes inside the four-mile blast zone still haven’t heard from their adjusters.

“That’s unacceptable,” he said. “TPC is working on the process, but we are disappointed that it is not fast enough.”

Johnson said he and the city council reiterate their sympathy and frustration for the citizens of Port Neches.

“Unfortunately, we have no answers except the same 1-800 number that everyone has,” he said. “However, we don’t want to just sit idly by either, so we are calling for action and recompense for our community. All we can do now is hope TPC will respond swiftly.”

TPC Group’s voluntary claims program has seen almost 18,000 claims and has paid for expense reimbursements from a mandatory evacuation that lasted from Nov. 27 to Nov. 29.

“TPC Group is now focused on resolving property damage claims for community residents,” said Sara Cronin, vice president of communications and public affairs for TPC Group. “Feb. 4, 2020, was the last day to file a property damage claim to be considered as part of the voluntary claims program. To date, more than 7,300 property inspections have been performed and over 1,800 property claims have been resolved.”

TPC Group is changing the process for property damage claims. The goal of the voluntary claims remains the same, she said, to help claimants repair damage to their home or personal property.

Cronin said there are three stages for residential property claims:

Stage 2 – the claimant will then have 120 days from stage 1 to sign a contract with a licensed contractor to complete the repairs identified in the TPC estimate. At this time another 25 percent will be released.

Stage 3 – the claimant will then have 24 months from stage 1 to provide the claims processor with a certification form from the licensed contractor that the repairs have been completed. After confirmation the remaining 50 percent of the total estimate will be released.