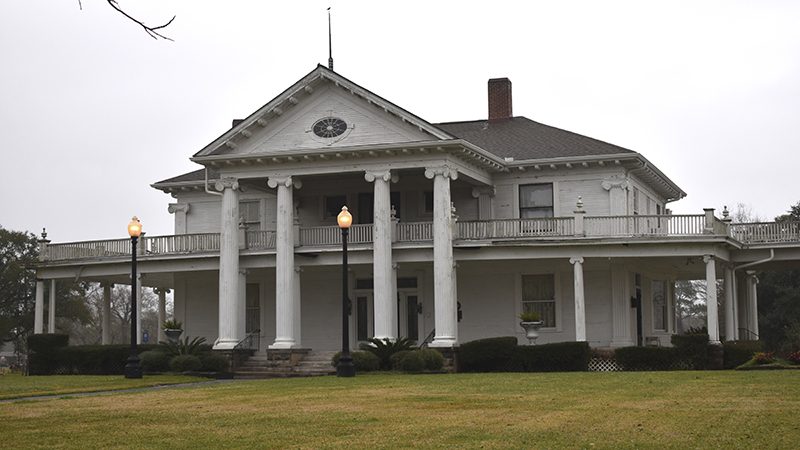 Progress is being made toward repairs to Port Arthur’s historic Rose Hill Manor.

Earlier this week, the Port Arthur City Council gave the green light to LaBiche Architectural Group Inc. for the development of professional plans for repairs to the building and submission to the Texas Historical Commission for approval in the amount of $26,000 plus reimbursements not to exceed $1,500.

Funds for this are available in the Hotel Occupancy Tax Fund.

City manager Ron Burton said the name Rose Hill Manor has been synonymous with the City of Port Arthur for many years and continues to draw people to the city.

Burton said there are funds in the form of grants to help the repairs.

Adam Saunders, director of the Robert A. “Bob” Bowers Civic Center, who also oversees seven other smaller buildings in the city, said Phase I of the project is completed, which was to make repairs to keep moisture out of the building.

But Rose Hill Manor, also known as the Woodworth House built in 1906, must be repaired to specific standards as a historical home.

“For instance, the windows, some we could not refurbish because the wood had gotten to the point it couldn’t be used,” Saunders said. “We had to get it milled and built and colored in the same fashion as it would have been when built. What (otherwise) could have been a retail window, we can’t do that. We have to have it physically built in the way it was done in the early 1900s.

“Also, not everyone can do this. We have to find someone with experience and find the right contractors that can perform in the way approved by the Texas Historical Commission.”

Saunders said the Historical Commission has been very easy to work with and an extremely helpful partner on the project.

There is no set timeline for the second phase of the project — the one where LaBiche develops specific repair plans, he added.

Rose Hill Manor, 100 Woodworth Blvd., was the home of Rome Hatch Woodworth, banker and mayor of Port Arthur. Rome married a woman named Mary and the couple had Phebe around 1900 and George Rome around 1902, according to information on the Rose Hill Manor website.

The home was willed to daughter Phebe as long as she lived there and to the city when she no longer occupied the home. Phebe bequeathed the home to the city in 1948.

Since then, it has served as a meeting place for political and social groups as well as public events. The elegant home continues to receive donations of valuable items, and is on the National Register of Historic Places.

According to early day citizens of Port Arthur, Rome Woodworth left a sizable fortune in the trust of the city for perpetual care of the mansion and grounds. The city ran short of money and utilized the Rome Woodworth’s trust funds for city purposes with a promise that the city would maintain the property in perpetuity to fulfill the intended original purpose of the trust funds.

With the continued turnover in city government over decades, no one seems to recall Rome Woodworth’s sizable funds left for the property’s care, nor the city’s agreement to maintain the home in prime condition in exchange for the Woodworth fund takeover by the city.