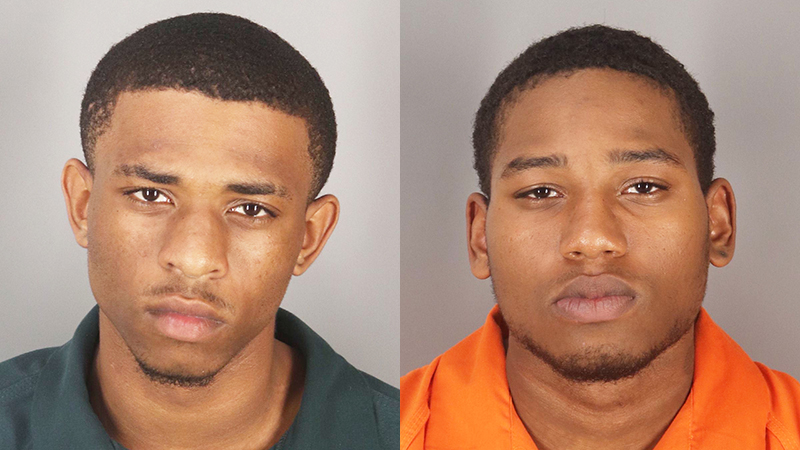 Two local men are behind bars three months after police say they robbed and shot a man who was looking to buy narcotics.

Gasani Glenn Paul Bernard, 18, and Bryson Denard Boudoin, 17, both of Port Arthur, was taken into custody Tuesday by warrant officers with the Jefferson County Sheriff’s Office. They are charged with aggravated robbery and each is being held in the Jefferson County Correctional Facility on $200,000 bond.

Port Arthur Police Det. Mike Hebert said a victim drove from Louisiana to Port Arthur Nov. 1 to buy narcotics and ended up making it to around the 2600 block of 7th Street. While there he saw two individuals who talked to him and said they could get him the drugs he wanted.

The two men got into the vehicle with the 37-year-old victim and directed him to the 1300 block of Joe Louis Avenue. That’s when police say the men robbed the victim, shot him in the stomach and took off running.

The victim was able to drive himself to a nearby gas station, Fuel Depot in the 700 block of West Gulfway Drive, at 11:11 p.m. that night.

Hebert said the victim was very up front about what was going on and about his addictions. The department’s Criminal Investigations Division worked with the victim and was able to identify two suspects.

Hebert said investigators involved in the case never stopped working, which is why the case was solved.

The victim’s injury was not life threatening and he recovered from the shooting.