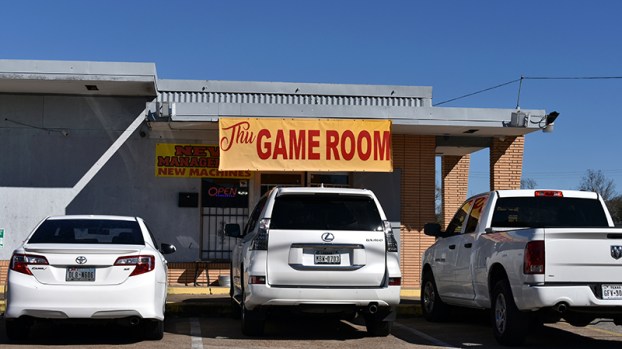 Thu Game Room on Ninth Avenue in Port Arthur, which was inspected and passed.

The city of Port Arthur is looking to make changes to its game room regulations to better align with Jefferson County’s regulations.

“The goal is to make sure we have the most stringent requirements needed to keep our citizens safe,” Port Arthur City Attorney Valecia “Val” Tizeno told council members at a recent meeting.

Eight-liner machines are legal in the city and state as long as they pay out in non-cash awards, but illegal game rooms often operate in full sight.

Tizeno said the Texas Supreme Court is set to hear a case involving the City of Fort Worth v. Rylie. The case addresses broad questions on how cities are allowed to regulate the eight-liners, according to the Fort Worth Star-Telegram.

“This may provide teeth that cities can use to protect citizens from crime and illegal gambling,” she said.

Port Arthur Police Chief Tim Duriso met with the Jefferson County District Attorney and his assistant earlier in the week to discuss the issue.

“This gives us an opportunity to go after these illegal game rooms and strengthen the penalty involved when we catch them,” Duriso said.

There are more than 40 game rooms in the city at this time.

Crime does occur in these establishments though how much is unknown.

“What we found is, in some cases, they don’t report certain crimes that occur because they don’t want the police around their people,” Duriso said of the game rooms operating illegally.

The city’s legal department is working on the issue and Duriso hopes to see it approved soon.

The County’s ordinance went into effect Jan. 1 and includes a non-refundable application fee of $1,000; a list of all owners, operators and employees, a diagram or floor plan, operation only in certain locations and during certain timeframe, plus more.