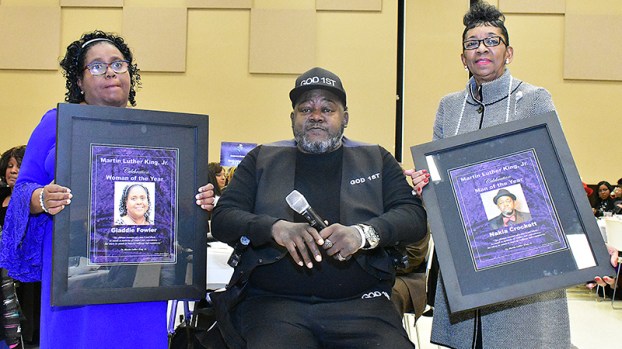 Each year the Martin Luther King Jr. Day Brunch and Celebration includes moving songs, words of encouragement and an element of surprise.

Gladdie Fowler and Nakia Crockett were the surprised honorees Monday at the 34th annual event in the Bob Bowers Civic Center. Fowler and Crockett were named Woman and Man of the Year by the Martin Luther King Jr. Support Group of Southeast Texas, the organization behind the brunch.

“I just go about my work in the community putting God first,” Fowler said. “I’m very involved in the community, and I just do my regular community work, take care of my husband and family and do what I do unto the Lord.” 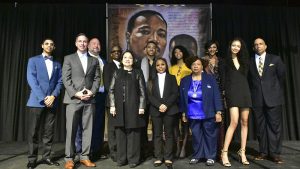 God 1st is the name of the business Crockett owns — except he thinks of it more as a “total movement.”

“We train teens and at-risk people on jobs,” said Crockett, whose store is located at 2640 Memorial Blvd. in Port Arthur. “You can be strong and we’re going to support you until you’re strong enough to support yourself. Here, we allow them to make mistakes. We show them the things you cannot do when you go into the workplace.”

The Man and Woman of the Year honors haven’t always been a surprise for the recipients at the brunch, event organizer Terry Savoy-Hadley said. 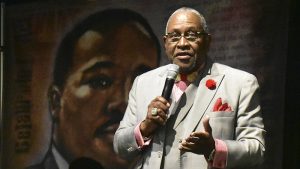 “About eight years ago, I wanted it to be suspense, just so people can have something to look forward to,” she said. 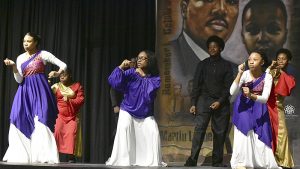 “We give a little service to the elderly because they’re forgotten once they retire,” Crockett said. “We try to serve them and give them a little something.”

The Port Arthur Independent School District received the Spirit Award. The district is celebrating its 120th year of existence.

“Not many people know this, but we were the first district in the state of Texas to have kindergarten and the first district in the state to include 12th grade,” PAISD Superintendent Dr. Mark Porterie said. “On May 15 this year, we will graduate the first student in our district’s history with an associate’s degree from Lamar State College [Port Arthur]. You can get your high school diploma here, you can go on to Lamar State College and get your associate’s degree and then go on to Lamar University in Beaumont, all while staying at home with your parents. If you want it, we have it.” 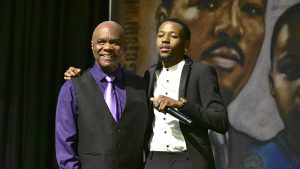 Fowler and her husband Eddie each spent more than 44 years as educators and retired as principals in the Port Arthur ISD. She said her life is not based on receiving awards.

“When you put God first and you continue to serve with a made-up committed mind, you don’t get out of the way because you receive an award,” Fowler said. 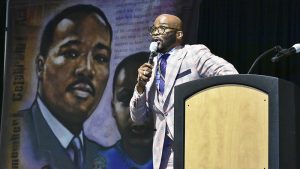