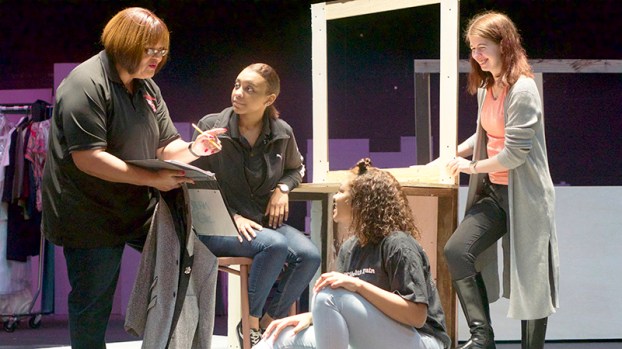 The stage is set — the Apollo Theater, Harlem New York 1960. The curtains fall and three young African American women step into the spotlight. Their gossamer-beaded dresses send a radiation of light into the crowd, as all eyes turn to center stage, smiles break out and the trio begins to sing.

“’Dreamgirls’ has always been on my bucket list,” Henrietta Haynes said. “I’ve always been fascinated with Diana Ross. I love that time period and I wanted to do something for the community that would make people dream, dream big and dream again.”

Haynes is the theatre arts instructor at Memorial High School, where she is conducting her newest community play, “Dreamgirls: The Musical.”

“Dreamgirls” debuted at the Imperial Theatre on Broadway in 1981. The play, which is based off of Tom Even’s book, is a story of three close friends and talented singers journey and trial through life, fame and love. 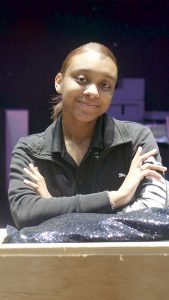 “There is a group of girls who want to dream, who want to be fabulous and make it in the big time,” Haynes said. “But they hit this hard place and just when they think things aren’t going their way, they are offered their dream job to sing, which is all they want to do. Of course, there is always strings attached and they find that out the hard way.”

Haynes said her favorite part of the play is the female empowerment and how the main characters — Deena, Effie and Lorrell — take control of their own lives and destinies in the end.

“They go through a lot of trials and tests but throughout the play you see them grow,” she said.

Haynes compares the characters to her own actors referring to them as seeds that have not yet begun to blossom.

“I have this saying, ‘the seed looks nothing like what it will become,’” she said. “When the actors come in, they are small trees but when they leave they will be great oaks.”

Erisha Jones, a senior at Memorial High School said her journey, as Lorrell, has been one of immense growth.

“Lorrell is the ‘baby sister’ of the group and she’s very dingy, but she eventually grows,” she said. “I relate to Lorrell because she’s in the background, she doesn’t necessarily want to be in the spotlight all the time. She is just happy to be involved.”

Jones, who has been acting and singing since she was 7, enjoys “Dreamgirls” because it allows her to be herself. 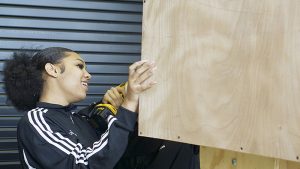 “I love that I get to be ‘Erisha’ the whole play without being judged,” she said. “I get to be loud and dingy. I get to be me, even though I’m portraying someone else. I really just love the story of sisterhood because they breakup but come back together. It’s a test of true friendship and I like being able to tell that story.”

“We make it look so easy, but with any show you are going to have challenges,” Haynes said of her diverse cast. “There will be some no’s there, but there is always some yes’s. You have to pursue your dream until that yes gets there. But as long as we can continue to dream, we’re always triumphant and we always come out on top.”

Haynes wants to extend her gratitude to the multitude of people who have made this play come to life, including choreographer Karla Floyd, set designer Rhiannon Pletcher, costumer designer Georgia Williams and the entire PAISD staff and administration.

Filing for seats on Port Arthur and Nederland city councils and their respective school boards is currently ongoing with a... read more