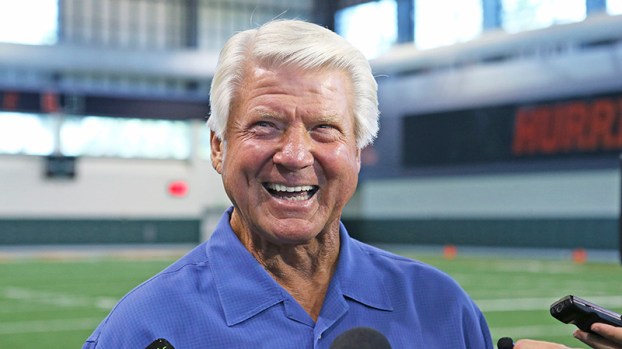 The Pro Football Hall of Fame on Wednesday announced who will join Port Arthur native Jimmy Johnson and Bill Cowher as Centennial Slate inductees for the class of 2020.

Johnson, a 1961 Thomas Jefferson High School graduate, is the first head coach to win major-college national and Super Bowl championships. A player on the University of Arkansas’ 1964 Football Writers Association of America championship team, Johnson coached the University of Miami (1987 season) and Dallas Cowboys (1992 and 1993) to titles.

Cowher led the Pittsburgh Steelers to two Super Bowls, losing in the 1995 season to Barry Switzer’s Cowboys and beating the Seattle Seahawks in the 2005 season.

The Centennial Slate was selected in commemoration of the NFL’s 100th season. A Blue Ribbon Panel that includes coaches, reporters and former executives voted on the 15-person slate from a finalist pool of 38.

Five more members of the Hall will be selected Feb. 1, the day before the Super Bowl.

The Sabine Pass Sharks are more experienced and confident this year. At 13-11, the Sharks already have won more games... read more