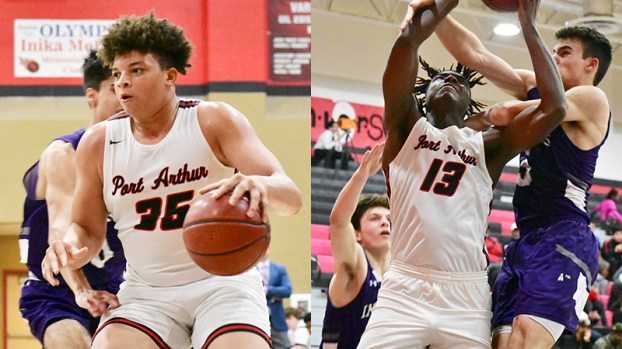 McDonald’s has announced nominations for the 2020 All American Games, which will place April 1 at the Toyota Center in Houston.

“It’s a very, very great honor for two guys to get a McDonald’s All American nominee,” Memorial head coach Alden Lewis said. “Anytime you can get two of your own guys on the same team to get nominated for that, that’s really big for the program. Those two guys, they have been working extremely hard since they were a freshman to get to this point.”

Lofton committed to Louisiana Tech in November, and Clover has said he is planning on playing for Oral Roberts University.

“It’s just a tribute to their work,” Lewis said. “It just shows the time and effort that they put into their craft. I tell kids every day, it’s about getting better each and every day. If you get better as a player, the team will get better within itself.”

Two teams representing the East and West will be selected from among the nominees and will play in the April 1 game.

This will be the first time Houston will host the games in the program’s 43-year history. McDonald’s complied its first All American team in 1977, then held the first game at The Spectrum in Philadelphia in 1978 in front of 13,000 fans, featuring the best high school boys players in the country. McDonald’s created a girls game in 2002, which was played in Madison Square Garden in New York.

Tickets for the games will be on sale beginning Jan. 23 at ToyotaCenter.com. The boys game will be broadcast on ESPN and the girls game on ESPN2.

From the time Kary Vincent Jr. and his Louisiana State University teammates reacted with surprise to the $28 million renovation... read more