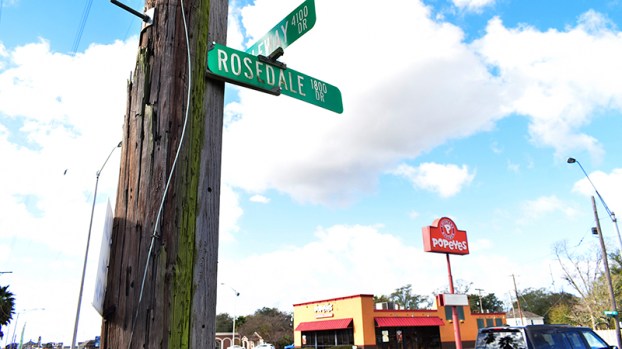 Two auto-pedestrian collisions in the Port Arthur area over the past weekend raise concerns about the safety of walking in the city at nighttime.

An investigation into a Sunday evening crash at the 2600 block of Twin City Highway was ongoing as of Monday. The pedestrian, Laura Segura, 48, of Port Arthur, was taken by ambulance to Christus St. Elizabeth hospital in Beaumont with serious injuries. 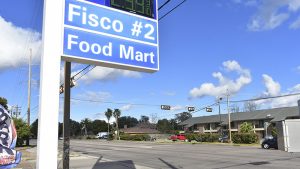 A view of the 2600 block of Twin City Highway from an Exxon station in Port Arthur is taken Monday. The block was the scene of an auto-pedestrian crash Sunday night. (I.C. Murrell/The News) 1-6-20

Texas Department of Public Safety Sgt. Stephanie Davis said in a release troopers responded to the collision at approximately 8:30 p.m. Sunday. According to the initial investigation, a 2014 Ford pickup truck driven by Luis Cheveresrivera, 34, of Louisiana (hometown was not listed), was traveling northbound on Texas Highway 347, which becomes Twin City Highway from Jefferson Drive. The pickup truck struck Segura as she was attempting to cross Twin City Highway, according to the release.

At approximately 6:06 a.m. Saturday, Port Arthur Police responded to separate auto-pedestrian collision at the 1800 block of Rosedale Drive. An investigation revealed a man was walking north in the northbound lane in a dark, unlit area wearing dark clothing. The driver was also traveling northbound on Rosedale Drive and told police he could not see the pedestrian until he struck him.

The victim was taken to Christus St. Elizabeth, then flown to Memorial Hermann Hospital in Houston with a serious, life-threatening head injury.

City Manager Ron Burton said Port Arthur’s Public Works and Engineering Department just completed a survey of streetlights to indicate which are not functioning properly and would be taken down. City officials, he added, plan to meet with Entergy to see which lights would be the city’s responsibility for repair and which would be Entergy’s.

“We sent out employees for two weeks to check out every light pole in the city after hours and to put a ribbon around every single light pole that either was knocked down or is not working,” he said.

Burton added he was not certain if Rosedale or Twin City were among streets of greatest need for lighting, but he mentioned citizens have complained about the lack of lighting along Memorial Boulevard, a common area for pedestrians at night.

“There have been problems with the underground infrastructure of the light poles,” Burton said. “They are compromised.”