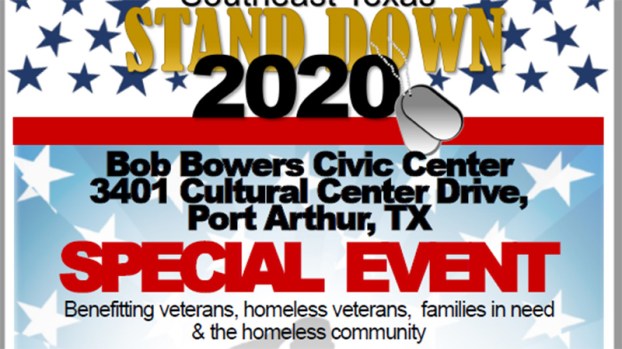 Too many military men and women struggle in their return to civilian life.

Muria Nisbett, a combat Veteran, knows friends she served with are now homeless.

“If (Veterans) don’t know there are services to access or where to go to access these services, it makes the transition a lot harder,” Nisbett said. “You come from a culture where you are part of a team, part of a community where things are there and available. Then you come out, and it is a different world.”

“I’ve seen that with people I served with,” Nisbett says. “I know how easy it is for that to happen.”

Nisbett broke down the tough reality when we talked this week. She told me she worries for homeless Veterans, many of whom have the skills and willpower to pull themselves out their dire straits.

She is helping lead an effort that will reach out directly to the local homeless population.

The annual event targets Veterans, specifically homeless Veterans, but any member of the homeless population is encouraged to attend.

“The people that are there are from different social services and nonprofit organizations in the area,” Nisbett said. “Even if you are a non-Veteran, you can come and get access to the resources that are going to be there.

“Take a break from the life you are living right now and come get some resources, the things you need access to. We give out a hot meal and a duffel bag that has supplies for those who qualify.”

Sadly, many Veterans are not connected to the Department of Veterans Affairs, known around the country as the VA.

Many homeless Veterans are not registered because they don’t know they can receive services or think they don’t have access to benefits because of non-combat status.

For a lot of the Veterans who will attend this month’s event, it’s the first time they have had any interaction with the VA.

“A lot of people look at a homeless person and think, ‘they are only like that because’ or they have all these ideas about how that person got that way,” Nisbett said. “A lot of times homeless Veterans are dealing with PTSD, dealing with trauma. There is so much that has happened during their life in the military. The transition is really hard. Getting stable housing is not always easy. If you are in the military, you have housing. When you come out, it is not as easy to do as some people would think.”

Nisbett didn’t pay rent when she was in the military because she stayed on base. While coming out, needing to find an apartment, she grappled with paying a deposit and completing the steps she had never done before.

“It’s a different world,” she says. “Having to interact with an electric company or even getting a job and doing a resume, civilians take that for granted because it’s the trajectory they have been on since high school. When you throw trauma and PTSD on top of that, it is an additional barrier. Some don’t know there is help right there for you.

“Seeing a homeless Veteran, nobody knows his story. A lot of times they are dealing with issues that are unresolved and lacking access to the services that are available.”

If anyone is interested in getting involved with Stand Down, they can contact Chester Jourdan at American Red Cross at chester.jourdan@redcross.org.