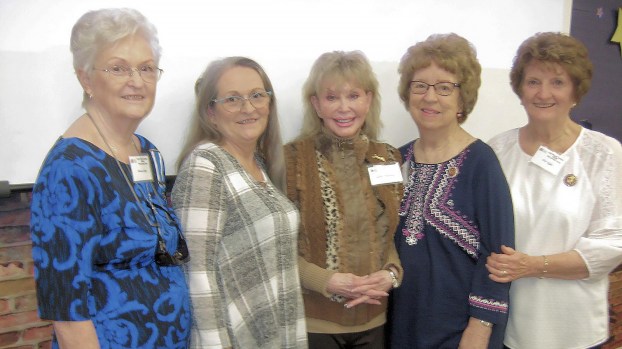 There is a select group of women who can trace their lineage back to a Revolutionary War patriot and they are over a million strong. 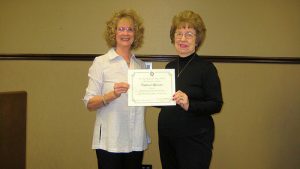 Currently there are 61 members, though not all attend the monthly meetings. Brownlee traced her genealogy back, and there is a man on her dad’s side that was in the militia and marched in New Orleans with Bernardo de Galvez in the fight against the British, she said adding that each member brings a storied history with them into the group.

The Acadians joined the French Creoles, Creoles of color, Spanish, Germany and others under General Galvez in the American Revolution to recapture Baton Rouge and the West Florida Parishes in 1779, according to information from thecajuns.com.

Brownlee said that on her mother’s side was a German person who supplied flour to the Continental Army but was not a soldier. 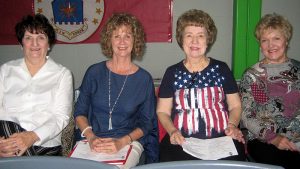 Some potential members shy away because their ancestor might not have been on the front lines of battle but there are other ways to help the cause; some gave food and clothes.

Mary Darbonne is also a member of the Capt. William Sanders Chapter.

“I consider it a prestigious honor to be in the organization,” Darbonne said.

Darbonne’s ancestor was Pierre Richard, who fought with Galvez in the Battle of New Orleans.

“He was in the deportation from Nova Scotia and came to Louisiana in the Opelousas area and joined the militia when called up to war,” she said. “Honestly I was in the library one day and found a book about Revolutionary   patriots and found a Richard and knew that was my family name and hoped to find him.

One of the best parts of being in the group is finding that connection.

“If you’re a history buff and enjoy history — this is an awesome feeling to know part of your family actually was here to fight to free America from the British rule,” Darbonne said. “It’s just awesome to me.”

Darbonne has been a member since 2014 and started researching in 1995. She had children at the time so it was weekend research, then back to Louisiana to where my family was from. 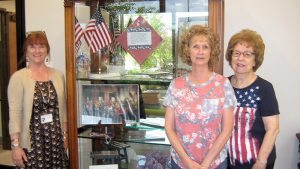 Closer to home, the Capt. William Sanders chapter gives back in the form of scholarships and this past spring presented more than $18,000 in scholarships to local students.

Currently the national office is trying to increase overall membership by an added 200,000 members by the year 2022.

Those interested in joining or with questions can email rbrownlee001@gt.rr.com.