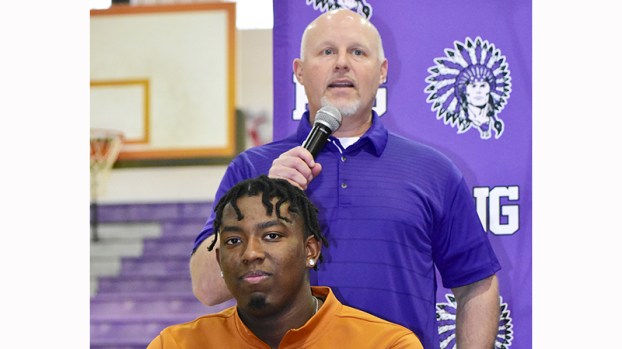 Nearly a year to the day Roschon Johnson became a University of Texas Longhorn, a guy who blocked for the quarterback-turned-running back at Port Neches-Groves is following him to Austin.

Right tackle Jaylen Garth made his commitment to the Longhorns official during PNG’s December signing day ceremony at the high school main gymnasium Wednesday, although the crowd supporting six signing athletes was dotted with burnt orange, Aggie Maroon and then some.

Garth has had to fight through injury the past two seasons, missing the latter part of 2018 and all of 2019 due to a left ACL tear. He said he should complete his five-month rehabilitation next month.

“I’ve been through this injury thing already,” he said. “The best thing to do is stay positive. Don’t try to isolate yourself from the team. Be there to try and help the teammates, coach your backups and try and be a good teammate.”

Becoming a Longhorn was a dream come true for Garth, who orally committed in February.

“Staying true to them for about a year, it feels good to put pen to paper and make it official right now.”

Garth will compete to see valuable playing time in helping the Longhorns block for Johnson, but it remains to be seen whether Johnson will return under center and take over for Sam Ehlinger, who likely will declare for the NFL draft, or try to capitalize on a breakout rushing season.

“It’ll be cool blocking for him again,” Garth said. “To see a teammate looking out for me, it’ll be cool and all of that.”

Coming off a Sugar Bowl victory, Texas began the season with a No. 10 ranking but stumbled to a 7-5 record this season. The struggles led head coach Tom Herman to demote offensive coordinator Tim Beck and fire defensive coordinator Todd Orlando. Chris Ash has been hired to replace Orlando, and Beck will serve as quarterbacks coach for the Longhorns’ Alamo Bowl against 11th-ranked Utah (6:30 p.m. Dec. 31 in San Antonio on ESPN). 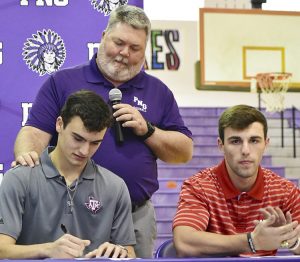 Diamonds in the rough

Curtis’ signing furthers a PNG-to-A&M pipeline. Austin Bost, a 2018 PNG graduate, is now with the Aggies after a stellar season at Panola College.

“I know I’m going to play with a former teammate, and it made me feel comfortable out there,” Curtis said. “I’m comfortable with the kids over there. We’re all good friends and have a good relationship already, so it’s going to be fun.”

Curtis and Roccaforte helped the Indians reach the 5A Region III quarterfinal round against Nederland last spring. Roccaforte, also an outfielder, is the only remaining player from PNG’s 2017 state championship team and is best remembered for his seventh-inning, two-run double that helped the Indians defeat Tomball in the 5A Region III semifinals en route to the state title.

“[Deggs] got with me and asked me and kind of gave me that offer,” Roccaforte said. “I just like the way he does things and he’s blue-collar. He does things the right way, and I’m honored to play for him.” 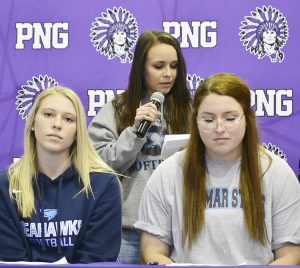 Lamar State acquired third baseman Louvier and pitcher Niedenthal for 2021, but first both will try to push the Indians further into the 5A playoffs under first-year coach Taylor Harvill.

“She brings a lot of energy,” Louvier said. “She’s very positive. I haven’t gotten to talk with her very much, but just by the way she coaches basketball, she seems pretty cool and very fun to be around.”

Louvier said she and Niedenthal have been playing together since they were 5.

“It’s good getting to play with her and throw with her,” Louvier said. 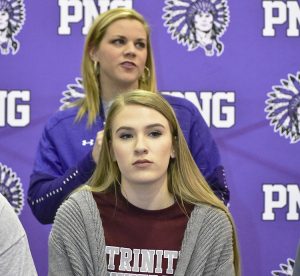 On to San Antonio

Priddy has been off to a solid start on the basketball court, and that has helped the shooting guard land an opportunity with Division III Trinity.

“We decided to contact them because I really like the academics part of the school,” Priddy said. “I thought it would be a really good fit and I like San Antonio. Once I reached out to them, they thought I was a good fit for the program, so that’s where I decided to go.”

The Nederland Bulldogs came away from the Hardin-Jefferson Tournament with a nice set of wins and superlatives. The Bulldogs defeated... read more