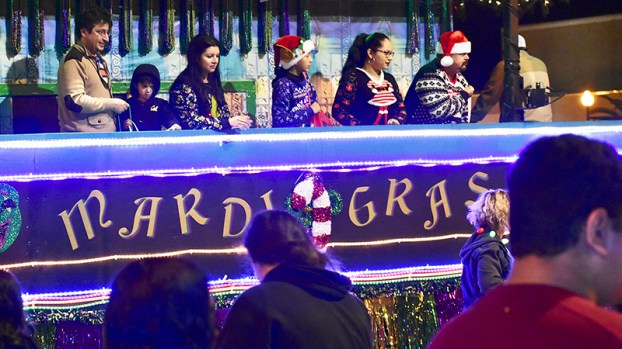 The spirit of the season is alive and well in Port Arthur after this weekend’s parade, and organizers with the city are already looking to next year’s holiday parade.

Christe Whitley Ned, executive secretary to the mayor and parade organizer, said there were a few parade entries that had to drop out including some motorcycle groups and a Hummer group, but there was plenty of fun available.

“We had a lot of stuff to offer at the event, and under the pavilion there was entertainment. We had beignets — a lot of people have never had one, there was hot chocolate. Everything fell into place,” Ned said. “We’re happy the community responded so well and everyone was excited. We plan to do more for next year.”

Ned would like to see more bands take part in the parade and see church choirs with youth.

“People like music and even though the bands were here and we love them and we support PAISD (Port Arthur Independent School District) and they will always be No. 1, I’d like to get more varied entries and have a little more for the kids to do afterward,” she said.

Ned saw the parade up close while riding on the city of Port Arthur’s gingerbread house float.

In the summer of 2020, Memorial High School student Huyen Nguyen will leave behind everything familiar as she plunges into... read more