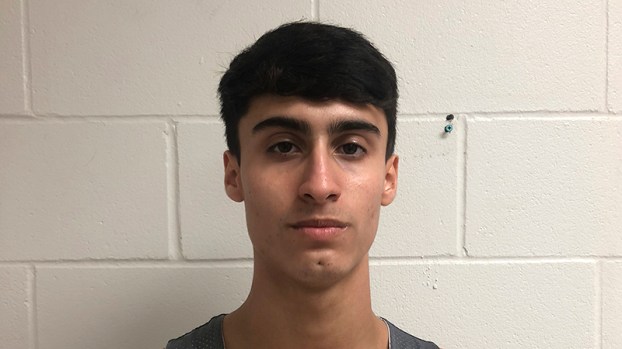 PORT NECHES — Coach Chris Smith starts yelling at him if he starts dribbling the ball instead of taking shots, Noah Marchak said.

The Port Neches-Groves head basketball coach has good reason to do so.

“When I first got here I told him, ‘Look, you have a gift. You can shoot the ball well, so we need to utilize that,’” Smith said. “He’s hard-headed. He’d make a couple in summer league and start dribbling and trying to do things that you need to work on but that’s not his strength. It’s been a struggle sometimes but he’s done a great job adapting, and that comes with a new coach.”

The senior guard stayed consistent over the weekend at the Hardin-Jefferson tournament, averaging 12.8 points in all five games the Indians played.

He made five threes in the Indians’ 54-46 loss to Lufkin on Friday. For his performance at the tournament, Marchak is named The Port Arthur News Boys Player of the Week.

“Shooting’s my thing,” Marchak said. “Coach tells me that I’m going to be on the right wing when I get the ball and to shoot it, so I kind of had no choice but to practice it a lot so that’s my thing.

“He gets mad if I drive it in!” Marchak added with a laugh.

Marchak has made 36 threes this season, sinking 35 percent from behind the line. His shooing is a key part of the Indians’ strategy, and Smith hopes to get Marchak over 40 percent and four threes a game.

Marchak just has to take those shots.

“It’s been growing pains for everybody, trying to figure out the new system, new coach, new style,” Smith said. “Hopefully whenever we get it all together we’ll be going into district and hopefully get a couple of victories.”

Marchak has been filling a leadership role that many of the seniors he looked up to in previous years filled. With so many from last year’s varsity team graduated, he feels it’s incumbent on him and the rest of the seniors to guide the younger players.

“Everyone last year was good on our team, but I think the pressure this year after the start we’ve had, as seniors, is to show the juniors what it’s about, being a leader and being a good teammate, because that’s going to lead to success.

“We need consistency. We have all the right players and we have the perfect coach. We’ve done well and we have a higher ceiling than what we’ve shown so far if we all bring the right things to the table.”

“Kids look up to him because he’s been on varsity since his sophomore year, so he’s gone through the trenches,” Smith said. “On this team there were only four returners and he’s one of the elders so they look for him for leadership.”

Marchak is working on it. His goal is to be a coach, and he’s putting together film to get his name out to prospective Texas colleges, but while he’s at PNG he’s focusing on putting the team first.

“I’d rather have two points and a win than 50 points and a loss, and so that mindset I hope will carry over to everybody and our team can work around that and get the wins,” he said.

The Thomas Inch dumbbell, whose namesake was once Britain’s Strongest Man in the early 1900s, was called “unliftable” because it... read more