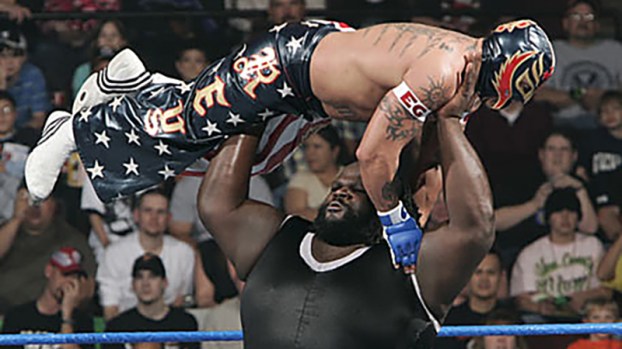 The Thomas Inch dumbbell, whose namesake was once Britain’s Strongest Man in the early 1900s, was called “unliftable” because it weighted 172 pounds, 9 ounces, and had a handle 2 3/8 inches thick that doesn’t rotate.

At Arnold Schwarzenegger’s inaugural Arnold Classic Strongman Competition in 2002, the dumbbell was included as an optional challenge, awarding $1,000 to the contender that lifted it the highest. Record-setting professional powerlifter, WWE wrestler, and Silsbee native Mark Henry won the competition by lifting the “unliftable” dumbbell to his chest. Henry went on to win the competition outright.

A video exists in which Henry manages to lift the dumbbell again over his head at an event at a hotel, and even places the dumbbell on a table at the event.

Museum of the Gulf Coast Director Tom Neal is going to show these videos when Henry is inducted into the museum’s Sports Hall of Fame at 3 p.m. today.

In 1990 the Los Angeles Times called Henry “the world’s strongest teenager.” His still-standing records in weightlifting and powerlifting may even make Henry the strongest man not just in the world but history.

“You catch yourself saying the ‘Strongest Man in the World,’ and you go ‘yeah but…’ and that’s what anybody would do in that situation,” Neal said. “But you know what? I’m going to tell people we’re not inducting one of the strongest men, we’re in fact inducting THE strongest man. This guy still has records that people still can’t beat, and until they do they can take the title, but meanwhile Mark has left his mark on this stuff, and he’s focused and driven.”

Henry left Silsbee and went to the University of Texas in Austin to train under Dr. Terry Todd, but Silsbee continued to have his back, for which Henry is eternally grateful. 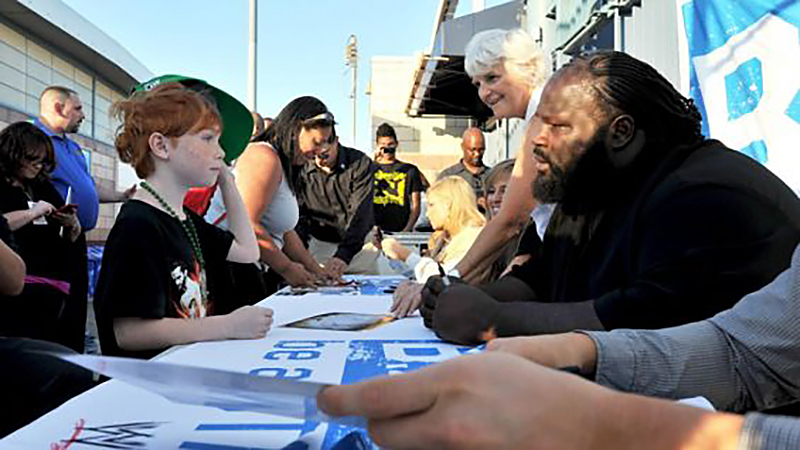 “The city of Silsbee is a small community, and they banded together, raised $20,000 plus to train and not work,” he said. “That’s a testament to my community. I love Silsbee still to this day, and try to do as much as I can to help.”

Henry spends much of his time with charitable projects. He travels around the world visiting U.S. military bases and organizes the Day of Service in which he travels to different communities and gathers community members to help clean up the homeless. He’s beginning a new program in which he will impart the training philosophies he’s learned to kids and coaches to help guide them through life situations in January.

He loves kids. His daughter Joanna is an actress and competed in the Junior Olympics for track and field. His son Jacob is the No. 2 discus thrower in the country in his age group and recently started amateur wrestling.

“I just want to boost kids’ morale,” he said. “My life’s goal is to push kids to do more than they think they can do.”

Henry’s story will become a part of the goal the museum shares with Henry of inspiring local youth towards achieving greatness.

“I stay busy and I don’t feel like there’s anything that I can’t do, and I want that mentality to be put into all of our kids,” Henry said.

“How a person like finds their rudder when they don’t know where it is, they don’t know how it’ll turn out,” Neal said. “But they tap into the right things and situations work. Hindsight is 20-20, but you encourage kids, and that’s a big thing the museum does. People discount you saying ‘Oh, you come from a small area, why try?’ I say ‘Wait a minute, over 200 people here ate where you eat, slept where you sleep. What are you going to do, what’s your excuse?’

“The worst thing that can happen to you is by tapping into some of these attributes from some of these people who have learned how to be successful in life and be fruitful, you’ll have a better life.”