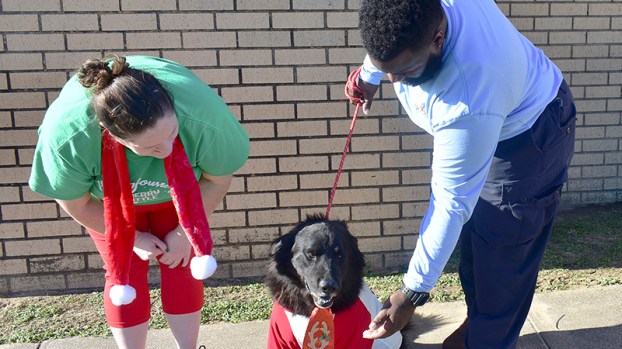 Officials with the Port Arthur Animal Shelter hope they can move into a bigger facility to address overcrowding at their current facility.

The city owns a site at 1401 19th St. where a water treatment facility previously stood. Two public hearings have taken place on a proposal to change the location’s zoning from single family to planned development to allow for a $2.7 million facility to be built, but it is not clear when the Port Arthur City Council will take a vote on the matter.

The animal shelter has faced issues with overcrowding since Hurricane Harvey struck the city in 2017, according to Darlene Thomas-Pierre, co-compliance manager for the shelter. But she added that tends to be the case after a hurricane and “quite a few of those” pets were rescued after the storm.

The current facility, located at 201 4th St., was constructed in 1978 and houses approximately 30 animals.

“A lot of times, it all varies on the size of dogs,” Gipson said. “We try to keep all dogs single-cell.”

Thomas-Pierre said the possibility of animals being euthanized if they’re not adopted always exists. She did not say whether there’s a timeline for each animal to be adopted before facing such danger.

However, rescue groups visit the shelter and pick up dogs “all the time,” she said, adding supervisor Anthony Mitchell stays in contact with the groups.

“If they get a specific breed in, he’ll call the breed handlers that do the rescue for those dogs, so we’re in constant contact with rescue groups,” Thomas-Pierre said.

A new facility would also allow shelter officials to work in a larger office. The present office is large enough to seat about six people as others walk through to visit the pets.

The city of Port Arthur is celebrating in more ways than one Saturday with the Christmas parade beginning at 6... read more