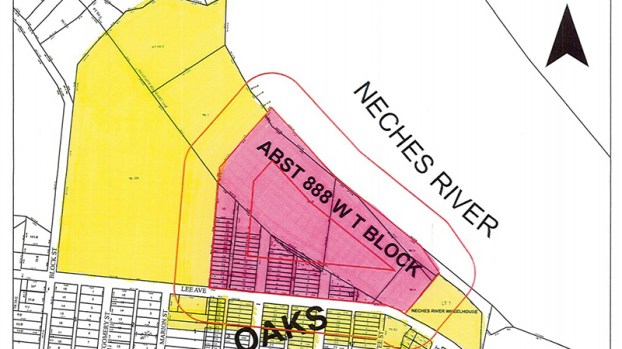 The Port Neches City Council approved a zoning change for current city owned residential single-family homes in the vicinity of Dallas St. to Lee Avenue to be repurposed to a business medium model to include an Iguana Joe’s restaurant.

PORT NECHES — The Port Neches riverfront is set for a makeover, a commercial development makeover, that is.

Port Neches city council members approved a zoning change for residential single-family homes in the vicinity of Dallas Street to Lee Avenue to be repurposed to a business medium model for expansion plans to the riverfront property.

Port Neches City Manager Andre Wimer said the first new business to be established in the area will be an Iguana Joe’s, a Tex-Mex restaurant with current locations in Mont Belvieu, Houston, Baytown and Crosby.

“In part, the riverfront tract would likely include an Iguana Joe’s restaurant based on the letter of intent approved by the council earlier this year,” Wimer said

While there is no definitive construction timetable at the moment, Wimer said surveying work on the rezoning property has begun.

“We had initial contact with the business quite some time ago and work is progressing with Iguana Joe’s to allow for the construction of their restaurant,” he said. “Conversations have been proceeding, and we are to the point of surveying to define that area.”

Current talks place the new restaurant adjacent to the Neches River Wheelhouse, which was part of an original commercial rezoning plan. All property is city owned.

“The part that was rezoned does not currently have any existing development, however, an existing portion of this property includes the wheelhouse,” Wimer said. “When the wheelhouse was constructed, that block was rezoned as well to allow for commercial use.”

Port Neches City Mayor Glenn Johnson said he is expecting the venture to revitalize the riverfront and pour tax dollars back into the city from residents and travellers.

“This model has already proven to be beneficial with the Neches River Wheelhouse,” he said. “It increases sales and property taxes, which is just the money side of it. The money goes into streets, sewers and water that our citizens enjoy. That’s how it goes back into the community.”

Johnson said along with the monetary value, the riverfront expansion will be a scenic area for residents to eat, shop and enjoy.

“It goes with downtown vitalization and having people stop and visit these stores,” he said. “It’s a huge benefit to the city of Port Neches, especially since we are land locked.”

Wimer said while there are other commercial ventures on the table that have not yet been revealed.

A public hearing was conducted the day of the meeting for all property owners within 200 feet of the riverfront property to pose concerns, but if citizens have additional questions, they are urged to contact their local council member.

For more information, or to see a full list of rezoning lots and tracts, visit ci.port-neches.tx.us.

PORT NECHES — House Bill 3 was passed by the 86th Texas Legislature earlier this year requiring districts across the... read more