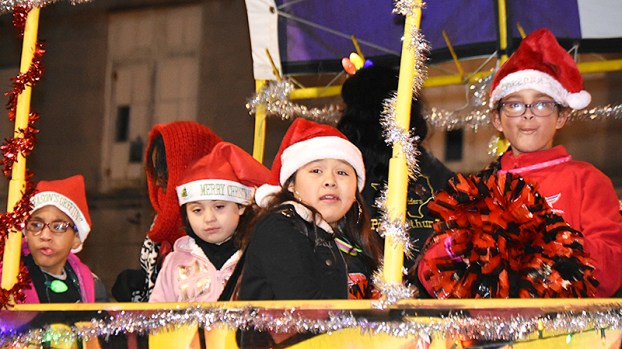 A scene from the 2018 Lighted Christmas Parade.

The holidays are a time for family and friends and making memories, and there are plenty of chances for that in downtown Port Arthur on Saturday.

There will be lights and music, the Grinch, Santa and even reindeer.

The fun begins at the Museum of the Gulf Coast with Family Fun Day from 10 a.m. to 2 p.m. for “Jingle All the Way.”

Museum director Tom Neal said this will be the best Family Fun Day they’ve had.

There will be chances to see robots, create arts and crafts, get your face painted and visit with Santa while petting live reindeer.

There will also be carolers and Cajun storyteller Rickey Pitman. Admission is free. 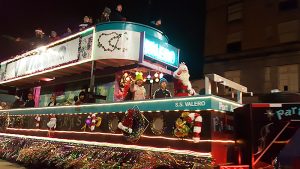 A scene from the 2018 Lighted Christmas Parade.

Then at 3 p.m. Saturday, also at the museum, will be the induction ceremony of the world’s strongest man, Mark Henry.

A few hours later — at 6 p.m. — is the start of the City of Port Arthur Annual Lighted Holiday Parade.

The parade, according to information from the city, highlights Port Arthur’s holiday celebrations and brings people into the spirit of the season.

The city’s annual Christmas parade has been around since 2007.

In addition, there will be a festive flair to the Census 2020 Kickoff: All in! One City! One Count! at the Downtown Pavilion in Port Arthur.

Ned said there will be free hot chocolate and beignets.

Food trucks will also be on site.

Mary Meaux is a reporter with The Port Arthur News. She can be reached at mary.meaux@panews.com.

John Burch Stevens Sr., known to many children as Black Bart, the nemesis of Cowboy John in the early days... read more