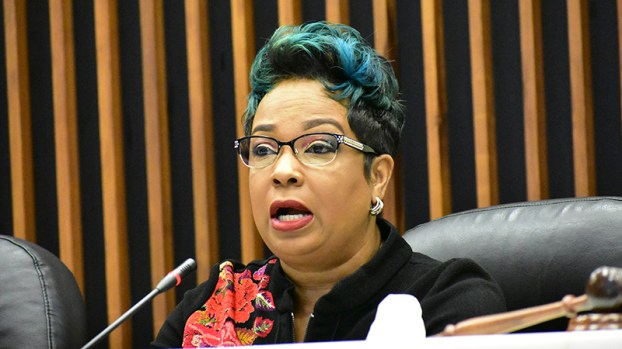 Charlotte Moses has announced her candidacy for re-election as Port Arthur Position 7 Councilwoman At Large.

In a news release, Moses said her goal is to give back and improve the lives of citizens. She became a councilmember in 2015 and said she’s seen “tremendous growth, particularly,” in a town that’s suffered from several storms and hurricanes.

“As Councilwoman Charlotte Moses prepares for her re-election campaign, she is ever so thankful to God for the past five years for allowing her to be a true servant to the citizens of Port Arthur,” the statement reads. “While working for the city of Port Arthur for approximately 19 years as a human resource analyst and deputy director of civil service, she realized that once her tenure in that capacity was over, that her work and passion for serving the city of Port Arthur had not ended.”

Moses helped develop an explorers’ program with the Port Arthur Police and Fire departments in 2017. The program prepares students to enter the field of public safety upon graduation from high school.

She also cited participating with council members in improving pipe bursting throughout Port Arthur by replacing decades-old sewer lines, “being on the forefront” with the Industrial District contracts to ensure Port Arthur citizens are given employment opportunities, advocating for allocation of more than $14 million to replace and repair streets throughout the city and working with the council and City Manager Ron Burton on drainage improvements that impact the entire city but begin with Port Acres, El Vista and Stonegate as contributions made while she was in office.

Moses represents the city on the Southeast Texas Planning Commission, the TIRZ Board and the 2020 Census committee.

“On any given day you can find her interacting with citizens of the city,” the statement reads. “Councilwoman Moses is hoping that the citizens of Port Arthur will see and understand her passion for them, that she has maintained her integrity on council and has never once appeared in a council meeting with a personal agenda, nor has she ever betrayed the confidence of her constituents. She is looking forward to serving another three years on council as Port Arthur, a wonderful city to live in, continues to flourish.”