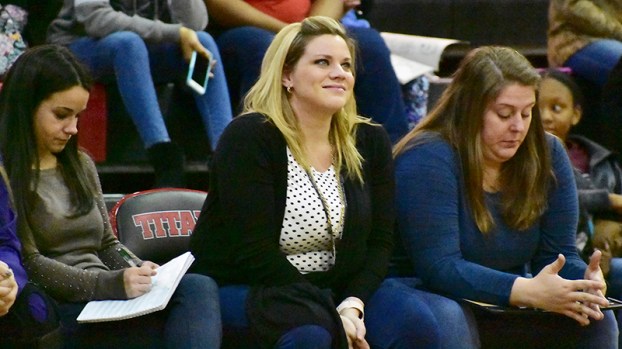 A coach can have all the right practice plans, make all the right calls, match all the offenses and defenses perfectly, but it will be all for nothing if the players don’t execute, Port Neches-Groves girls basketball coach Kara Skinner said.

The Evadale tournament coincided with the cancellation of classes for PNGISD schools when detection of butadiene outside the TPC Group plant following the Nov. 27 explosion prompted Jefferson County officials to upgrade a shelter-in-place order to a voluntary evacuation.

The Indians were unable to attend the first day of the Evadale Tournament on Dec. 5.

When the Indians arrived Dec. 6, they simply weren’t ready, Skinner said. She told her team the recent plant explosion and its aftermath are not excuses and they should always be ready to play.

Ready or not, her team came willingly.

“I will say it was a voluntary thing,” Skinner said. “They weren’t required to be there — we couldn’t have required them to be there — and every single one of my kids showed up. That’s a huge testament to them, so I’m not going to rag on them too hard.”

Still, she believes the distraction of the school closures cost the Indians a tournament that they should have won. PNG lost to the first team they played, Little Cypress-Mauriceville, 43-30.

“We know we can beat LCM, I have no doubt about that,” Skinner said. “If we saw them again this year we would beat them, I just think they caught us on an off day. We just weren’t firing on all cylinders, and the results were not very good. We did not play well, it was not a good game for us at all. But I think if we would have caught them on Saturday there’s no doubt in my mind we should have won that tournament.”

All it takes for the Indians is execution. Maylin Stampley scored 20 points against Liberty after a rough start against LCM. Skinner knows Stampley can improve her shooting.

An obstacle that keeps the Indians from playing their best is mindset.

“Sometimes that’s the case for kids, and for Maylin it’s her desire to please, to want to do well and the respect for the game, and she’s very hard on herself,” Skinner said.

Going forward Skinner expects key players like Stampley and Mollee Priddy to continue to improve, and she sees potential in some of her younger players.

“I think we’ve got some younger kids who now have a little bit more experience underneath their belt and understand what’s expected of them,” she said. “We switched some things around offensively to cater to our strong points, and if we go rebound the ball, we’ll be OK.”

The Indians will travel to play Huffman at 7 p.m. Friday.