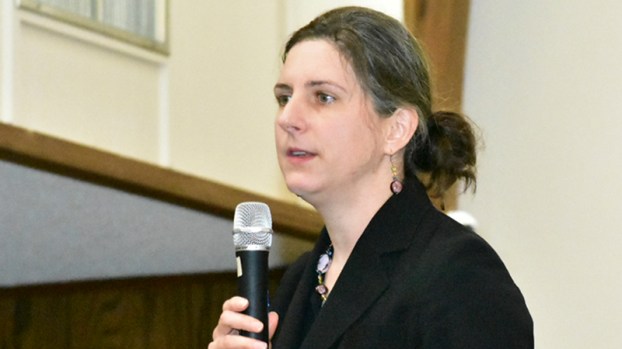 The Texas Commission on Environmental Quality, along with other agencies, have monitored air quality in cities impacted by the Nov. 27 TPC Group Port Neches Operations explosions.

Testing was conducted in multiple locations in Port Arthur, a city where some citizens have complained of issues with air quality in neighborhoods surrounded by refineries. Concerns surfaced at a town hall meeting Saturday about the lack of frequency in testing in Port Arthur compared to other impacted cities, although a majority of the initial readings came from Port Arthur.

A plume of smoke traveled from Port Neches to Port Arthur in the hours following the early morning initial combustion and resulting fire. The Environmental Protection Agency reported up to 17.07 parts per million of butadiene in the work area between 2:30 p.m. Dec. 4 and 2:30 p.m. Dec. 5 and up to 12.09 ppm in the community outside the work area during the same time span.

Ryan Vise, external relations director with TCEQ, said the agency used a variety of equipment around the site and in impacted areas.

“This strategy considers factors such as wind direction, meteorological conditions, and location of plume to help assure that the monitoring occurs in communities downwind of the site,” Vise said. “Conditions have changed throughout this event and air monitoring activities are adjusted in response. The TCEQ has monitored in the Port Neches, Groves, Nederland, Port Arthur, Beaumont, Bridge City, Vidor, and Orange communities (Jefferson and Orange Counties). TCEQ will continue to conduct air monitoring until the event is over.”

The highest reading for butadiene released Monday afternoon was 0.3 ppm at 2129 Main St. in Port Neches at 10:40 p.m. Sunday. A reading of 0.5 ppm for VOC was detected in that location at the same time.

Butadiene is among the projects TPC Group houses in Port Neches and is a known carcinogen.

“In addition, the TCEQ also conducts monitoring in response to citizen complaints related to odors, including those alleged from industrial sources,” Vise said. “The TCEQ also monitors air quality in these communities through its stationary air quality monitoring network.  While data from these monitors can be useful during emergencies, they are sited to measure regional air quality conditions and not potential impacts from industrial incidents, such as the TPC event.”

Stephanie Thomas, an area researcher and community organizer with Public Citizen, said she is organizing a group of citizens who would like to speak at a hearing at the TCEQ commissioners’ meeting regarding TPC at 9:30 a.m. Dec. 18. The office is located at 12100 Park 35 Circle, Room 201S, Building E, in Austin. Thomas can be reached at 832-840-6464.

Thomas asks those who plan to attend to fill out a form at: tinyurl.com/wgx9fht. The form will help to coordinate travel and sign up people in advance.

Those who cannot attend may still submit a written comment to present to the commissioners but are asked to contact Thomas for details.

Thomas asks those who want to speak to follow these guidelines:

Port Arthur Community Action Network chairman John Beard and Lone Star Legal Aid attorney Amy Dinn warned attendees against signing any waivers that would prevent them from taking future legal action against TPC and asked them to consult an attorney, if necessary, to assess damages.

The phone number to file a claim with the Community Assistance Helpline is 866-601-5880.

“Once the claims process is complete, and a homeowner accepts estimate, claims documents that specifically reference property damage claims will be signed and payment issued,” TPC spokesperson Sara Cronin said. She did not specify whether waivers were included in the documents.

The Disaster Recovery Center for Jefferson County will close permanently at 6 p.m. Tuesday, the close of business. The Jefferson... read more