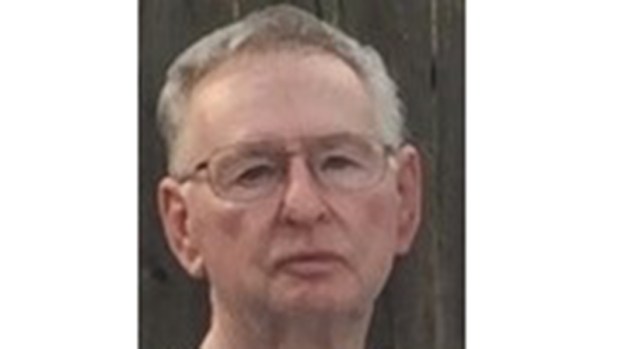 Wallace Joseph Barbay passed away peacefully on December 5, 2019, after a battle with Lewy Body Dementia.

He was born on November 8, 1934, in Port Arthur, Texas and was the second child of seven children, by Roy and Ruth Barbay.

He was a beloved husband, father, grandfather and brother. He loved his family very much and will be immensely missed.

Wallace graduated from Bishop Byrne High School in 1953 and began working at the Gulf Oil Refinery just as his father and grandfather did.

At the refinery, he was affectionately known as Comrade.

Many years later, his son began his career at the Gulf Oil Refinery, which made four consecutive generations.

He met the love of his life, Dorothy Johnson, and married her in June of 1957 at St. James Catholic Church.

They recently celebrated 62 years of marriage.

He loved his wife, Dot, who stayed by his side during sickness and in health.

He treasured time with his son, Mark Barbay, his wife, Phyllis Enright and his grand-dog, Ginger, at the lake.

Wallace loved his daughter, Julie Borque and her husband, Brian Borque, and had resided in Sugar Land with them for three and a half years when his disease had progressed. Wallace absolutely adored his two grandsons and was beyond proud of them.

Wallace was a huge believer in education and even though he was unable to complete college during his youth, he was an intelligent man who had high expectations of his two children and his two grandchildren.

His youngest grandson, who is his namesake, Craig Joseph Borque, also resides in Houston, Texas.

Wallace was able to attend both of their college graduations from Texas A & M University and The University of Texas at Austin.

He is also survived by his brothers Dutch Barbay, Doug Barbay and Michael Barbay and his sister Beverly LaFleur.

His is predeceased by his parents, Roy and Ruth Barbay, his brother, Roy Barbay, Jr., and his sister, Mary Sonnier.

The family is extremely grateful to Juana Stanley, his caregiver, who lovingly cared for him for the last few years.

In lieu of flowers, the family requests donations be made to St. Elizabeth’s Catholic Church Building Fund in Port Neches, Texas.

A Mass of Christian Burial will be held Thursday, December 12, 2019 at 10:00 a.m. at St. Elizabeth Catholic Church in Port Neches with Reverend Shane Baxter officiating.

Dorothy Pate Smith, 86, of Port Neches, Texas passed away Thursday, December 5, 2019 at her home surrounded by her... read more