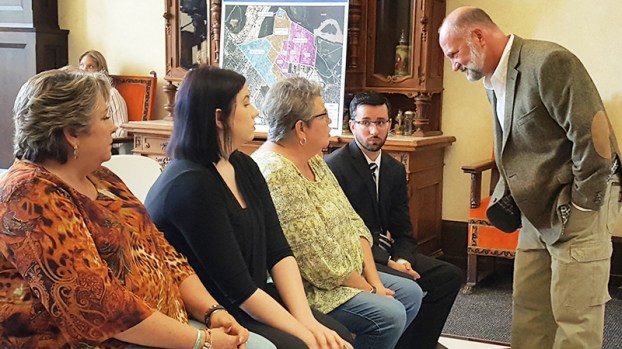 BEAUMONT — In the early morning hours of Nov. 27, Trent and Darlene Fontenot were awakened by the explosion at the TPC Group site not far from their Groves home. 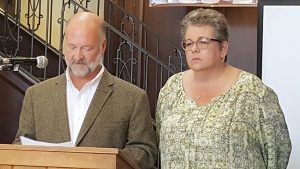 They raced outside with their phones in hand, Trent turned his camera on and told his wife to call their daughter who lives near the blast area. They saw the fire and the 1 a.m. sky lite up. They walked to talk with neighbors a few houses down who were also outside.

Trent, at 53-years-old, had heart issues, he was under treatment and his health was under control, John Thomas, attorney with Brent Coon & Associates, told a crowd gathered at the law office for a media conference regarding litigation.

Trent was pumped up and his adrenaline was going, Thomas said.

During this time local 911 switchboards were being inundated with calls, Nederland Police Chief Gary Porter told media on the day of the blast and at some point emergency notices were sent to residents alerting them of the explosion.

But within approximately 30 minutes of the explosion Trent wasn’t feeling well and needed to sit down. That’s when he had a heart attack and passed away at his home.

“He passed away almost immediately after the explosion,” Thomas said.

Darlene Fontenot described her husband of almost 25 years as a good guy.

A service was held Thursday and she was amazed at the many people who came out and told stories of him, some she had never heard before, down to comments from a lady in a cleaning crew that worked with him for over 20 years who said he was “such a good man.”

Trent and Darlene met in 1991 and married in 1995. They enjoyed riding motorcycles, and Trent had joked it would be the way he was going to go, on a motorcycle.

He attended Bridge City High School and afterward went to work in the maintenance department at the Jefferson County Courthouse in Beaumont.

There are a number of lawsuits filed against TPC, including the one representing the Fontenot family.

His is the first death the firm contends is related to the explosion — three workers were injured in the explosion though they are not part of this claim.

As of Friday the law firm had more than 1,000 clients under the class action suit — separate from the Fontenot suit.

A press release from emergency officials on Friday said response efforts continue to focus on activities to secure site equipment and minimize impact to the environment while preserving the safety of emergency responders.

BEAUMONT — A Jefferson County grand jury has indicted four Port Arthur men on charges of breaking into a the... read more