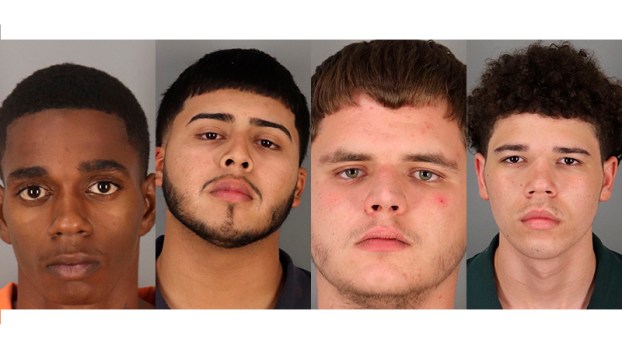 BEAUMONT — A Jefferson County grand jury has indicted four Port Arthur men on charges of breaking into a the home of a Port Neches woman in late July.

Achord, Como and Shields were previously indicted for engaging in organized criminal activity for an incident that occurred July 31 following a search warrant on a Port Arthur home.

The probable cause affidavit

Port Neches police responded to a home in the 700 block of Baker Street on July 27 for a burglary in progress. The homeowner was hiding in her bathroom and was on the phone with 911 when police arrived, according to the probable cause affidavit.

The robbers tried to escape with one, according to police, seen running upstairs with a firearm in his hands. This person was not named in the document.

The victim was safely removed and police located and arrested two people for burglary of a habitation and police also found a firearm that had been stolen from a vehicle burglary in Port Neches on July 12.

The case continued to the July 31 search warrant on a home in the 4100 block of Charlotte Drive related to the Port Neches case and other cases at which time Chord was arrested on other charges.

Police said he made a statement about the firearm and that he gave it to another person because they were going to go burglarize a house.

A detective with Port Arthur Police Department declined to comment on the indictments as they are from a Port Neches crime.

A detective from Port Neches Police Department also declined to comment as the case is still under investigation.