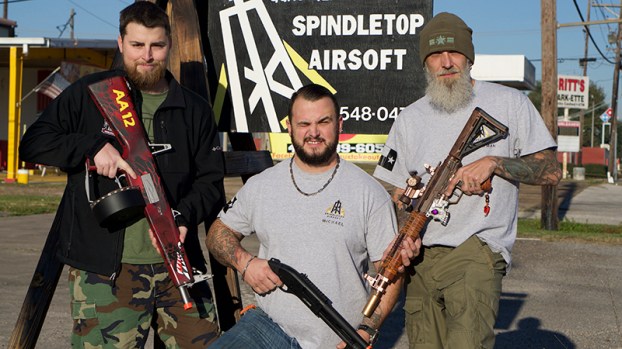 GROVES — It all started as a simple supply-and-demand job.

After Jefferson County’s only airsoft shop and arena, High Ground Airsoft, outgrew its current confinements in Beaumont and closed down, the need for a local shop became imminent.

“There was this void that nothing was able to supply in the area,” Laborde said. “Everybody that had to buy something either had to go online and ship it from somewhere across the country or drive two to three hours to Houston to go get it. 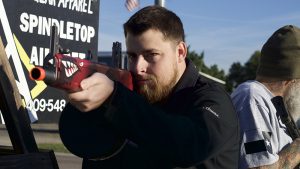 “In the meantime, about three fields opened up. One existed in Lake Charles, two more opened up in Vidor. There are all these fields that house 50-100 people on a good weekend and no one was able to supply them. Eventually, we started off with an idea to help one of our partners out and it grew into something this big.”

Laborde and his friends have been playing airsoft since they were kids, a sport that differs from paintball in its pain threshold and realism.

“If you know what paintball is, it’s like that — but not,” he said. “The guns are more realistic, and the gear is more realistic. It fires these little tiny plastic 6-millimeter BB’s. The benefits you’re going to get is that it doesn’t hurt as bad. You’re working with more realistic platforms and it’s like a military simulation.”

While developing a love for the game, the trio also found satisfaction in the different steps behind making a solid machine tick and a business run.

Laborde, a Winnie native, is in charge of the everyday shop operations, including accounting, ordering, bookwork and behind-the-scene actions.

Wisenbaker, 34, is the mechanic behind the operations. The Groves resident makes the guns from nothing but a pile of scraps and parts. 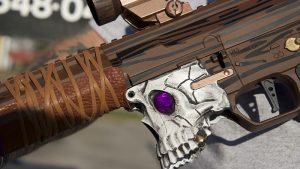 “I just started with my own guns,” he said. “I tinker. I like to take stuff apart and put them back together. I tried sending my stuff off to other techs, spent all this money for them to come back and not work right. So I started taking my own stuff apart and one thing led to another.”

Gibson, 40, provides the fully customizable handmade paint jobs, transforming a solid black gun into a work of deadly looking art. The Tennessee native has done everything from spray painting to leatherwork.

“I’ve always painted little model cars,” he said. “I’m also a tattoo artist, so all those talents have kind of transferred over. I used to customize the guns for just a few people, like my family and friends back in Nashville, but I did such a good job that they would hang them on the wall and not even play with them.

“Now, people just come into the shop and give me a basic idea and I roll with it. They know and trust me enough to be creative. I’ve done a pirate gun, a space gun, Boba Fett style gun, Carnage gun, an ’80s gun and more.” 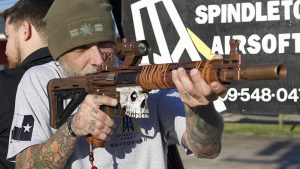 Guns are available in all styles, including assault style weapons, pistols, shotguns, rifles and more. Prices range from a $100 to more than $1,000. Custom made products come with a one-year warranty.

“We have everything from World War II to modern era style guns,” Laborde said. “We even have styles from the 1800s and everything we do comes personalized and handmade — that’s what makes us special.”

In addition to the guns, the shop offers ammunition, accessories, apparel, pyrotechnics and grenades.