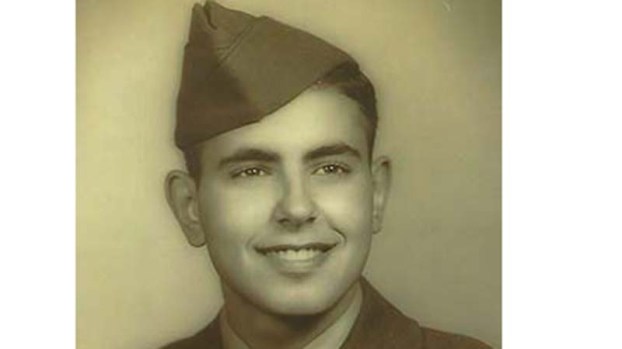 An 18-year-old man who was killed during the Korean War and accounted for nearly three months ago will be buried Saturday in Groves.

The Defense POW/MIA Accounting Agency, or DPAA, announced that Army Cpl. Autrey John Betar, 18, of Port Arthur would be interred during a ceremony at 2 p.m. Saturday at Greenlawn Memorial Park, 3900 Twin City Hwy. in Groves. He will be honored with the Purple Heart medal, which is presented in the name of the President to those wounded or killed while serving, and the Army Good Conduct Medal, among other honors for national defense.

“It’s long overdue, 69 years for him to be finally honored and recognized and buried in America, brought back home to Port Arthur and finally laid to rest in Port Arthur, his hometown,” said Michael Betar, 59, Cpl. Betar’s nephew. “It’s like he’s been gone for 69 years and he’s finally come home to rest.”

Michael Betar heard many stories about his uncle from family members, which included four brothers and one sister to Cpl. Betar.

“He was a big man, 6 feet,” Michael Betar said. “He was a nice man. He was nicknamed ‘Popeye’ because he was so big and strong. He joined the Army and went over to Korea. I think he was 17 when he signed. Unfortunately, the Chinese invaded North Korea.

“Everybody loved him. It goes like what they say: ‘Only the good die young.’ That’s all I know, what stories I heard from his brothers, my dad and uncles.”

“He’s the only remaining sibling, and he’ll get closure on his brother,” Michael said.

Chinese Communist Forces launched a massive attack against the U.S. and United Nations troops stationed in the Chosin Reservoir area in northeast North Korea on Nov. 27, 1950, resulting in a 17-day conflict, according to information in Cpl. Betar’s online DPAA personnel profile.

At the time of the initial attack, members of the U.S. Army’s 31st and 32nd Infantry Regiments were defending the area north of Sinhung-ni, on the east side of the reservoir. CCF overwhelmed the defenders, who on Dec. 1 were forced to withdraw to friendly lines at Hagaru-ri.

“Chinese roadblocks from Sinhung-ni to Hagaru-ri, along with the constant enemy fire from the surrounding high ground, made the withdrawal route extremely dangerous,” the profile reads. “Eventually, the column was broken into separate segments, which the CCF attacked individually. Many men were lost or captured during the moving battle, with survivors reaching friendly lines in Hagaru-ri on December 2 and 3.”

Cpl. Betar was a member of Company A, First Battalion, 32nd Infantry Regiment, 7th Infantry Division, 31st Regimental Combat Team, when he was reported missing in action on Dec. 2, 1950, in the vicinity of the Chosin Reservoir, when his unit was attacked by enemy forces.

His name is recorded on the Courts of the Missing at the National Memorial Cemetery of the Pacific in Honolulu, along with the others who are missing from the Korean War. A rosette will be placed next to his name to indicate he’s been accounted for.

On July 27, 2018, North Korea turned over 55 boxes purported to contain the remains of American service members killed during the Korean War. That came a month after a summit between President Donald Trump and North Korean Supreme Leader Kim Jong-un.

The remains arrived at Joint Base Pearl Harbor-Hickam, Hawaii, on Aug. 1, 2018, and were placed into the DPAA laboratory for identification. DPAA scientists used anthropological analysis, as well as circumstantial and material evidence to identify Betar’s remains. Scientists from the Armed Forces Medical Examiner System used mitochondrial DN and Y-chromosome DNA and analysis, in addition, the DPAA wrote in a release.

“A representative from Fort Knox called my dad,” Michael said. “My dad broke down and asked her to call me.

“The question comes up: Why did it take so long? How many presidents did we have all this time, and finally, this president got some boxes back after negotiations? We’re glad my dad is going to get some closure at 84.”

Today, 7,605 Americans from the Korean War remain unaccounted, according to DPAA. For additional information on the Defense Department’s mission to account for Americans who went missing while serving, visit DPAA at dpaa.mil, follow on Facebook at facebook.com/dodpaa or call 703-699-1420 or 703-699-1169.