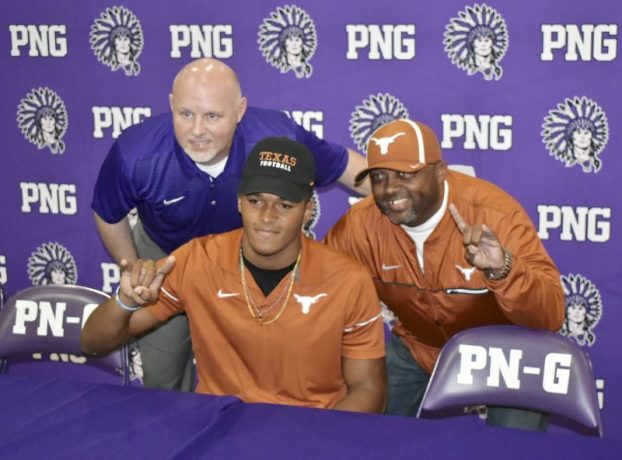 Port Neches-Groves graduate and freshman Texas running back Roschon Johnson was named the Big 12 Newcomer of the Week for the final week of the 2019 regular football season, the Big 12 announced on Monday.

Johnson ran for 105 yards on 23 carries and three touchdowns in the 49-24 win against Texas Tech on Saturday.

He was tied for the most rushing touchdowns that week among Big 12 players, and Friday’s game was the second game this season he ran for 100 or more yards.

Johnson is also the ninth true freshman in Texas history to rush for at least 600 yards in a season.

I have been bass fishing since I can remember. I still remember my first bass boat and everyone that I... read more