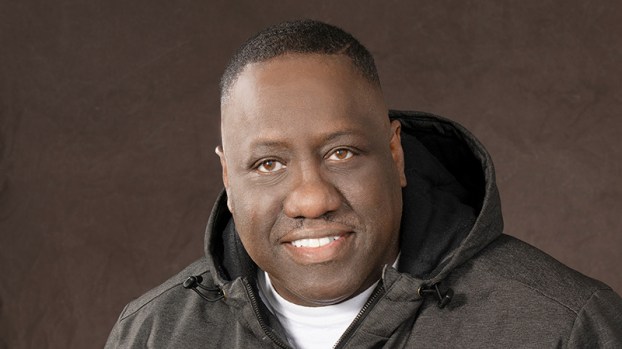 Don Narcisse will be inducted into the Museum of the Gulf Coast Hall of Fame on Saturday. (Photo by Bart Bragg)

The Museum of the Gulf Coast Halls of Fame showcases people from the area who have gone on to do great things, but Willie Thorton thought someone was missing.

Thorton had been down to see busts of those like Earl Evans, who was one of his classmates, but he didn’t find his brother’s best friend and fellow football player, Don Narcisse.

When the former Port Arthuran and Saskatchewan Roughrider came to visit Willie and Wendell Thorton one day, Willie told him he’s going to correct that oversight.

“We started talking and I congratulated him on his induction into the Canadian Football League Hall of Fame,” Willie Thorton said. “He showed me film clips of him, and that’s why I got interested in nominating him because he was a Port Arthur boy and he did well.”

That nomination was one of two that will earn Narcisse a bust of his own to sit in the museum’s Sports Hall of Fame. An induction ceremony takes place at 2 p.m. Saturday at the museum, 700 Procter St. in Port Arthur.

Thorton, who is now retired from Valero after 38 years, saw glimmers of greatness in Narcisse as he and his brother played for Lincoln High School when Thorton was just a boy. He saw more evidence in the CFL film clips he watched.

“He did things that Jerry Rice did in the NFL, but he did them in the Canadian Football League,” Thorton said. “I thought that was awesome.”

For Joseph Guillory, owner of Guillory Transport Express who’s served on the PAISD board, Narcisse is an example of what Port Arthur can produce. Guillory submitted his own nomination for Narcisse.

“His work ethic was above par, second to none, and he demonstrated that through his whole life,” Guillory said. “He always came back to Port Arthur and he shared what he had with the citizens of Port Arthur, with the kids that were coming up.”

Guillory graduated from Lincoln a few years after Narcisse and didn’t know him during school, but he knew several of his family members. He admired Narcisse’s professional career as a fellow athlete and eventually struck up a relationship with Narcisse by reaching out to him through Facebook.

“Like most athletes, we’re very proud of anybody that goes out and does something, and he was one of those guys,” Guillory said. “There’s other professional guys that were born and raised here in Port Arthur that left and did great things in life, and we’re all very proud of those people. We’re just especially proud of those that actually come back to the community and want to be part of the community. I know every summer he puts on a football camp for the youth, which is another admirable thing.”

Guillory wants Narcisse to embrace a calling to be a role model and help other youth in the area see what is possible by growing up in Port Arthur.

“Our young people need to see other people who are products of this community that have been successful,” he said. “What he’s done is a testimony for our youth. I want it to be a testimony, saying ‘You come from Port Arthur. It’s a great place to grow up. There’s great people there, there’s knowledge available, there’s opportunity, and it’s laying at your fingertips.’”

Kenneth Lofton Jr. can usually be counted on to add points to the scoreboard for the Memorial Titans. He’s posted... read more