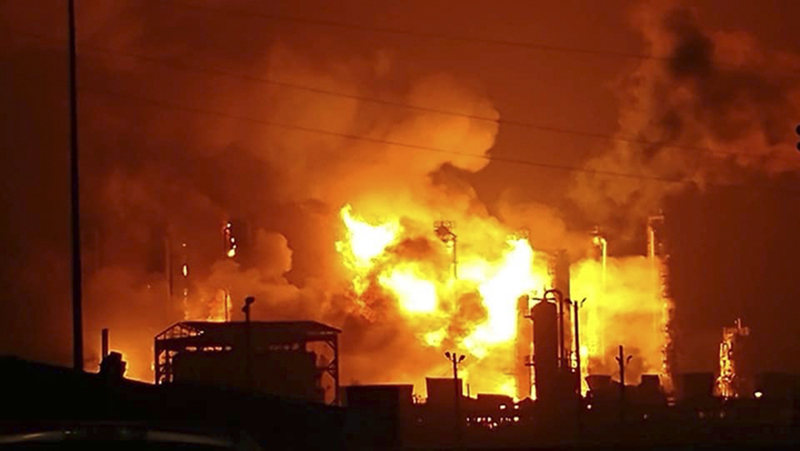 PORT NECHES — Three people were injured and sent to a hospital following an explosion at the TPC Group chemical plant here early Wednesday.

The explosion occurred at approximately 1 a.m., sending shockwaves throughout most of Jefferson County and into Bridge City in Orange County, according to those who reacted to the explosion on social media. TPC said in a news release that all site personnel have been accounted for and evacuated from the site.

TPC said the explosion involved a processing unit and requested assistance from Port Neches Fire Department and Huntsman. The cause of the explosion is not yet known. 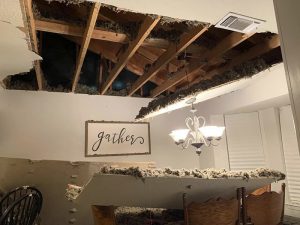 “The event is ongoing, but will be brought under control as quickly and safely as possible,” TPC wrote in the statement. “Right now our focus is on protecting the safety of responders and the public, and minimizing any impact to the environment.”

Jefferson County Judge Jeff Branick, who lives in Port Neches, arrived near the site shortly after the explosion. 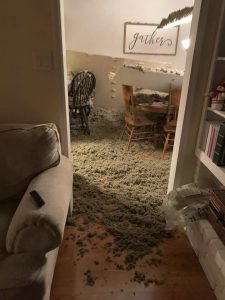 Branick said an evacuation order was placed for residents who live within a half-mile radius from the plant. First Baptist Church of Nederland is offering emergency shelter in the youth facility at its location at 1911 Nederland Ave., but no one had taken shelter there as of 3:10 a.m.

“People from Port Neches would be best served to go to outlying areas,” Branick said.

TPC Group, according to its website, delivers a “diverse range” of products to chemical and petroleum-based companies worldwide and claims to be “the largest independent processor of crude C4 and a leader in North America across all our major product lines.” Located north of FM 366 on Texas Highway 136 Spur in Port Neches, TPC produces butadiene, butane-1, fuel products and polyisobutylene.

Branick said Huntsman, which is located on the other side of FM 366 from TPC, shut off a pipe that runs to TPC for safety reasons.

Rain started to pour in Port Neches at about 3 a.m. to help quell the flames. Groves Police cordoned off a portion of FM 366 from about 1 mile to the east of TPC Group.

Television footage showed the flames still burning from the site at 4:13 a.m. but not rising as high as they did at the time of the explosion more than 3 hours earlier. Branick was a quarter-mile from the site and said he could not see the flames.

“I curse [Hurricane] Harvey and [Tropical Storm] Imelda, but I am extremely thankful for rain tonight,” Branick said.

“I talked to a gentleman in the operations room. He was able to get out and use the fire as light. If there are no fatalities, I’ll be as pleased as I can be.”

Branick added a business named Williams brought in Water Cannon equipment to help fight the fire, targeting it from long range and using the Lower Neches Valley Authority channel as a water resource.

Tom Neal, director of the Museum of the Gulf Coast in Port Arthur, lives in Groves and said he was stunned by what felt like a rolling explosion.

“Ten seconds later, the French doors came ajar,” Neal said. “I knew it had to be a plant or something. I thought maybe it was BASF because of the way the French doors were pushed in. My wife woke up, but as we walked down the driveway, we saw the light of the fire over Huntsman and thought it was Huntsman.”

The shockwaves caused the roof to cave in the dining room, kitchen and living room of Mike Tobias’ home in Port Neches. Tobias is a journalism instructor at Port Neches-Groves High School.

“It came in two ways,” Tobias, a married father of two children, said of the reverberation. “I saw a flash in the light and heard the rattling. It sounded like thunder. The shockwave came in more than anything else 2 seconds later. That jolted us more than anything. We were still semi-awake.

“When the next boom hit, we were in the living room. We noticed the front door was in and we noticed part of the frame was damaged. My daughter said, ‘Dad, the kitchen.’ I said, ‘No, we can’t get any food right now.’ We all turned around and noticed the roof caved in on the kitchen.”

Tobias and his family are staying with in-laws in Port Arthur. 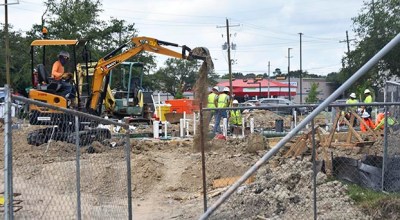