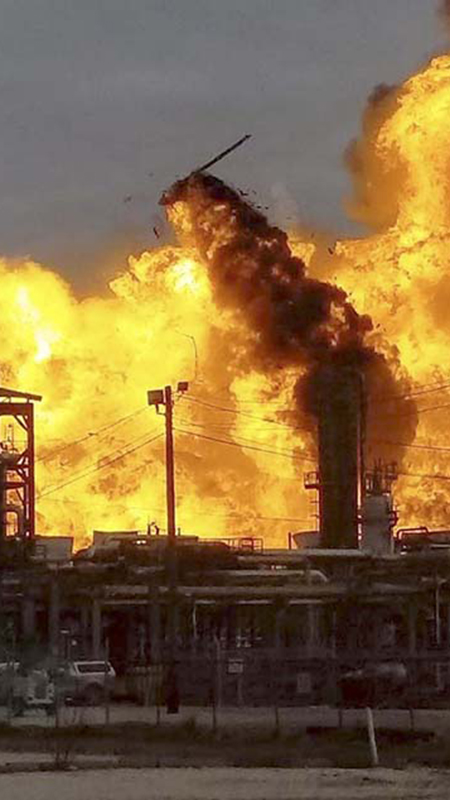 Black clouds fill the sky at the Port Neches Fire Station on Magnolia Avenue in the aftermath of an explosion that took place at the TPC Group refinery in Port Neches early Wednesday morning. (Mary Meaux/The News)

The Jefferson County Office of Emergency Management issued a mandatory evacuation of Port Neches, Groves, Nederland, Central Gardens, Beauxart Gardens and the northeast part of Port Arthur just before 3 p.m. Wednesday due to the situation at TPC Group in Port Neches, according to Jefferson County Judge Jeff Branick.

Branick said the evacuation order is “under the assumption of what could happen.”

Port Arthur residents northeast of areas around Sunken Court at Twin City Highway to near St. Catherine School in the 3800 block of Woodrow Drive to the Robert A. “Bob” Bowers Civic Center are in the evacuation zone.

Emergency Management confirmed that a second explosion occurred at the TPC Group refinery in Port Neches shortly after 1:30 p.m. Branick said the cause was a falling column which also launched large pieces of debris into the air.

Texas Gas Service, Port Neches’ natural gas provider, announced Wednesday afternoon that it is aware of the explosion at the... read more