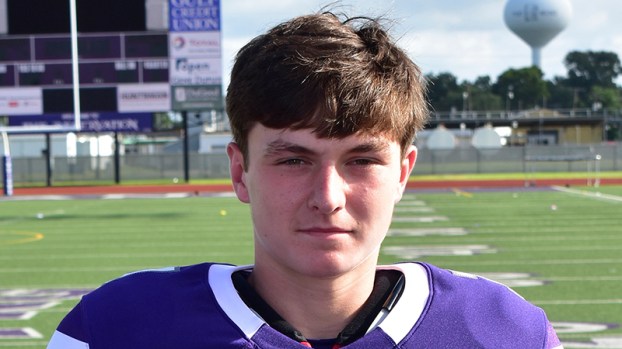 BOYS PLAYER OF THE WEEK — Nail warms up on court, fever aside

Brady Nail started developing a cough during Port Neches-Groves’ boys basketball game at Tekoa Academy on Saturday. He’d also only attended a couple of practices since the end of the football season.

None of that slowed him down. The junior emerged hot in his first game of the season, scoring 16 points for the Indians in their 78-51 win against the Cougars. He also had five assists, three turnovers and went 4 for 4 on free throws. According to Nail, he brought with him from football greater aggressiveness and more solid footwork.

For his performance after just switching gears from football to basketball, Nail is named The Port Arthur News Boys Player of the Week.

“I think I played all right,” Nail said. “It felt good to get back on the basketball court since I haven’t played in so long. With Coach [Chris] Smith and all the new people I’m playing with, it was fun.”

Head coach Smith says it’s not always easy to transition from one sport to the next.

“That’s why it’s so impressive for Brady the way he came out the gates playing, because they’ve been on the football field doing a whole different mindset,” he said. “Brady was a great football player, a great inside receiver. Being able to come from there and be as solid as he was, you don’t see that too often. It usually takes him a little while to get going, but on Day One it didn’t take him long.”

Sunday and Monday though, Nail took it easy, getting rest and taking fluids to combat a cough that had developed into the flu.

“It was ugly,” Smith said. “We’re down. Brady’s got the flu, Khristian Curtis is out, we just found out Jackson Simmons had the flu. We’ve got the flu going around right now. We won though, that’s the main thing.”

Nail however sounded in good spirits on a Monday phone call.

“I felt ready,” he said. “I felt like I’d been playing all year, honestly. It felt good.”

“I worked on basketball quite a bit during the football season, though I mainly work on football during that time,” he said. “I go to an open gym and shoot around a little bit, just to stay ready for it when it gets here.”

To Smith, Nail’s love of the game shows. Smith says Nail wants to be out on the court, and he’s one of the four players returning from last year that has played some minutes in varsity.

“He played a good backup role and started in a couple of games for us last year,” Smith said. “His confidence level is just through the roof. Every time he’s out in the gym he’s working hard. He’s going to be solid for us this year.”

Before that, he needs to recover. Nail wasn’t able to play in the home game against Sabine Pass on Monday, which the Indians won 58-40. Smith believes the virus is getting passed around, even among the junior varsity and freshmen teams.

“Luckily we’ll have a five day break after this game, and we’re telling everyone we’re going to ‘fumigate’ the locker room and to get some fluids and rest for the holidays,” Smith said. “We’ll go back to work on Monday.”

The Port Neches-Groves Indians took advantage of a slow start by the host Livingston Lions in the first quarter to... read more