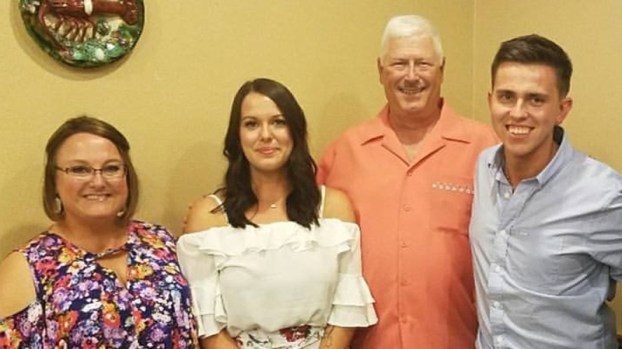 PORT NECHES — Thanksgiving Day essentials often include mashed potatoes, yams, cranberries, green bean casserole, rolls, corn and gravy with a slice of pumpkin pie and glass of wine to wash it all down. Oh, yeah, and of course the most important part and centerpiece of the meal — a caramelized onion and squash tart.

Kaylynn Tkachev, 26, and her husband Artur, 25, are celebrating Thanksgiving Day vegan style. Instead of an 8-pound bird resting in the oven Thursday morning, the pair will ring in the holiday season with a vegetable tartlet.

“We’ve been vegan since September of last year,” Tkachev said. “We had been wanting to do it for awhile. We went to the Southeast Texas Vegan Festival in 2018 and it sealed the deal. It has been a whole new world of learning how to cook since then.” 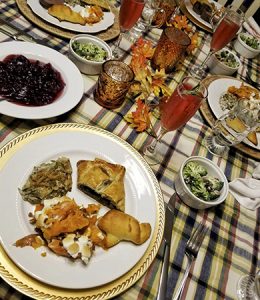 Kaylynn and Artur Tkachev celebrated their first vegan Thanksgiving Day last year. The pair celebrated with family and friends and replaced the traditional turkey with a mushroom Wellington. (Courtesy photo)

Tkachev, who works in university advancement at Lamar University, said for her first vegan Thanksgiving last year she made a mushroom Wellington as the main course.

“Instead of beef Wellington, what I did was substitute it for mushrooms and it was the hit of Thanksgiving,” she said. “My parents tried it and they loved it. My dad is a huge meat eater but even he loved it.”

This year, Tkachev and her family will be enjoying a caramelized onion and squash tart with a Brussels sprout, pistachio and lime concoction to replace the traditional Thanksgiving sides.

“This year, I found this recipe for a caramelized onion and squashed tart,” she said. “I did a test run for my mother in law and she loved it. I get a lot of my recipes from Bon Appétit on YouTube. They have a site and a magazine. It’s got a little bit of everything.”

For dessert, the duo will swap apple and pecan pie for a vegan chai cheesecake. 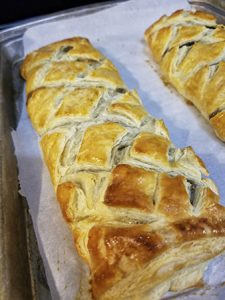 Kaylynn and Artur Tkachev celebrated their first vegan Thanksgiving Day last year. They pair celebrated with family and friends and replaced the traditional turkey with a mushroom Wellington. (Courtesy photo)

“I made a vegan pumpkin pie last year,” Tkachev said. “This year I’m mixing it up a little and doing my own take on a cheesecake without all the dairy and everything. It includes soaking cashews, maple syrup, a chai concentrate and a vegan caramel to go on top.”

Tkachev said her family has been entirely supportive and open-minded since her Thanksgiving switch.

“Every so often when I was younger my mom would do something non-traditional for Thanksgiving or Christmas,” she said. “I would love it when she mixed it up and did a Mexican Thanksgiving or a snack type dinner.

“My husband is also Russian, so they don’t do Thanksgiving over there anyway. We aren’t the most traditional family, so we just kind of relax and start our own unique traditions.” 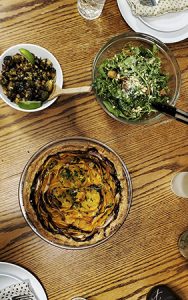 Kaylynn’s mother, Cindy Thomas, said even though Thanksgiving has been different since her daughter became vegan, she is enjoying all the variety it has brought to a traditional holiday.

“We’ve loved everything Kaylynn and Artur have introduced us to as far as vegan substitutes,” she said. “My family is really flexible. My husband’s shift works, so some years we don’t even celebrate holidays on the actual day. We are always happy to accommodate each other whether it’s the food, timing or whatever.”

Thomas said this year her immediate and extended family will be gathering at her house to celebrate and give thanks.

“When the girls were growing up, I’d mix it up each year and do gumbo, charcuterie, dips, desserts and even Mexican food,” she said. “You just never know with us. It’s more about family and being together than turkey, dressing and cheesy casseroles.”