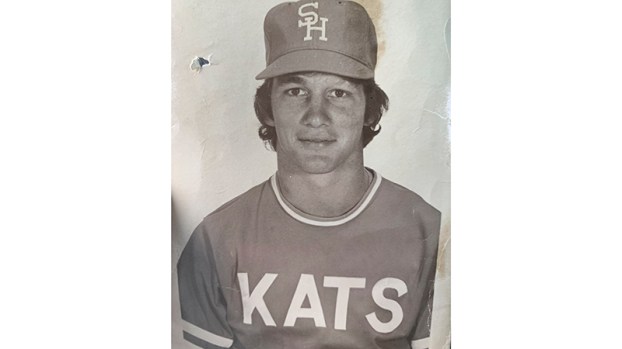 Dave Mire took a long road trip from Austin to Houston on Friday. He was going back to visit his alma mater Sam Houston State University, where he played baseball during the 1976 and 1977 seasons.

The former All-American center fielder, school top-10 all time hitter with a .355 batting average and who holds the record for most consecutive hits in a row with 13, had been nominated to be inducted into Sam Houston’s Hall of Honor. He was going to get to see many of his old friends, teammates, and lots of family as he joins a class of four men and four women that were named to the ranks of the Bearkats’ most cherished.

Baseball propelled him to where he was going on Friday, where he was traveling from, and where he had been. He started in Port Neches.

“I was a big fan of PNG athletics from the time I was born. When you’re born and raised in Port Neches, there’s nothing else. I was a huge Indians fan, played football and made All-District my junior and senior years as a receiver. Baseball was really my love.”

Mire played both football and baseball at PNG starting with varsity baseball in 1971 then adding varsity football in 1972. Baseball may have been his love, but football helped him to become a better baseball player.

“The football team environment and what goes on in the huddle and all those things were a big contributor to my success in baseball with the extra level of grit that comes along with it,” he said.

That grit paid off for him. Mire was named All-District in Baseball for his junior year and All-District, All-State and District MVP his senior year with a .448 batting average.

He was offered a scholarship to play football at Rice, but if he had taken it, his life may have turned out quite different than it had.

PNG baseball coach Butch Troy was his introduction to baseball, all the superstitions and everything that goes along with them.

Mire’s coaches had a profound impact on him while he was in school. He played baseball for the Ponies at Panola Junior College after graduating from PNG under Bill Griffin, a 19-timesconference “Coach of the Year” and 1983 inductee to the NJCAA and American Baseball Coaches Hall of Fame.

From there he went to Sam Houston, playing under coaches Carlo Gott and John Skeeters. Skeeters is the winningest coach at Sam Houston.

These coaches may not have known that they were influencing Mire’s professional career.

“I always found myself wanting to coach,” Mire said. “Wherever I went I wanted to move towards a manager’s role because I was heavily influenced by some great coaches. I thrive in helping others. It really is intrinsically rewarding to me to be able to help people achieve things, so each stop along the way I’ve aspired to be in a position to help others. I think that’s a heavy influence from my appreciation for Coach Troy, Coach Griffin and Coach Skeeters.”

Mire met his wife, Lisa, at Sam Houston. His son Tyson received a baseball scholarship to Sam Houston as well and played from 2005-2008. His is a Bearkat family.

Mire says an injury between his junior and senior year at Sam Houston is probably what contributed to him not continuing to play after college. He expected to be drafted, but no call came for him. Instead another call came from a dean at the business college at Sam Houston.

A baseball fan, the dean knew Mire wasn’t playing any more and sent him an offer for a sales job at a trucking company in Houston. After five years there he moved to Austin, where he lives now.

Mire has worked in homebuilding and real-estate, insurance and financial services during his professional career. He’s currently a division president at David Weekly Homes, a “manager of managers” he says. He has a corps of five young men who work under him, managing their own teams.

He credits the team environment, winning traditions of competitiveness, preparation and finding the best position to succeed, all things he experienced playing football and baseball, as his source of success in working life.

“I’ve been fortunate to work with some great teams, and I think the team thing is a big deal that transfers from athletics into business,” Mire said. “The competitive side of things was certainly ingrained in me as a players and I took that forward with me into my professional career. Preparation to go out and compete on the field is transferable also, and also trying to prepare to be in your best position to compete and win on the business stage if you will.”

From his family to his role models to his career, baseball shaped Mire into the Sam Houston Hall of Honor inductee he became on Friday.

Of course, he could have played football at Rice instead.

Monte Barrow said something that could have been felt by probably every coach and player at Memorial, Nederland and Port... read more