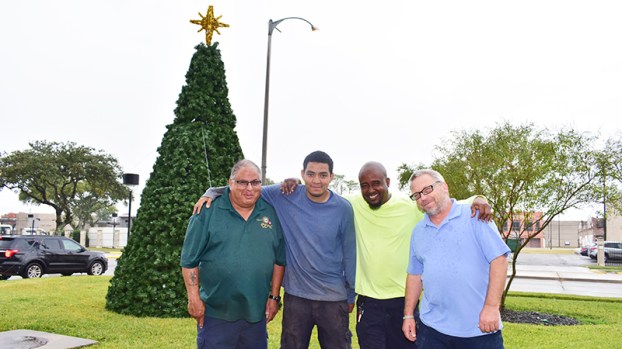 From left, Port Arthur city employees Mike Flores, Luis Hernandez, Jeffery Criss and Shane Jennings set up a Christmas tree just outside city hall that will light up during a lighting ceremony from 5-7 p.m. Dec. 3. The Memorial High School choir will perform at this ceremony, which will include door prizes and beignets.

The following individuals were indicted by a Jefferson County grand jury this week. An indictment is not a final conviction... read more