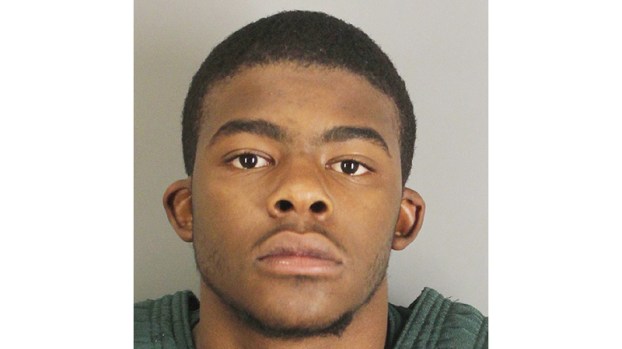 BEAUMONT — Diante Burrell, 22, was sentenced to 10 years in prison for the 2017 murder of Javonte Jack.

Burrell was found guilty and sentenced on Thursday in the 252nd District Court with Judge Raquel West presiding.

Initial investigation showed a man was outside one of the complex buildings and confronted the victim, according to archive information. The victim was transported to St. Elizabeth Hospital in Beaumont where he later died as a result of his injuries.

Back in August, the court suppressed several issues from being introduced in court; one being what defense attorney Ryan Gertz believes was an illegal search of a home without a warrant and the other being an interrogation video. Gertz said in orderfor an interrogation video to be admissible in court, both the audio and video of the interrogation must be on tape if a person is in custody and questioned.

Gertz also contends that the probable cause affidavit said his client acted in self-defense and used a certain kind of weapon when none of this information was in the interrogation video although there was video and audio of Burrell talking to media when he was arrested and placed in a patrol car.

These issues did not come up in trial, which began earlier in the week.

Burrell has already spent two years in prison and will be eligible for parole three years from now or a total of five years from the date of his arrest.

“We are disapproved with their verdict in finding him guilty but we are pleased with their punishment decision,” he said.

Jefferson County Assistant District Attorney Jimmy Hamm said he does not know why the jury sentenced Burrell to 10 years — he was facing up to 99 years or life — but can guess.

“The 10-year sentence reflects not having the evidence to make it a stronger case and I think it also reflects the age of the defendant and the lack of any criminal history,” Hamm said. “We are mostly happy the jury found him guilty in the weakened condition the case was at and I know it was the right decision.”