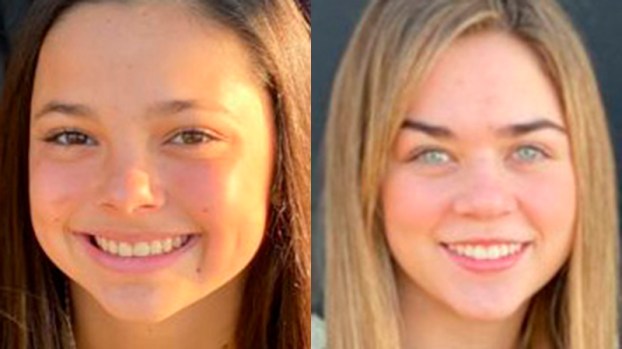 That makes the District 21-5A honors bestowed on freshman Ava Wiltz and sophomore Kamren Savarino all the more impressive. Wiltz was named 21-5A Newcomer of the Year and Savarino was named Setter of the Year. Four others on the Bulldog squad were named to the first and second All-District teams at the end of Nederland’s 27-16 (10-2 district) season.

Wiltz was brought onto the varsity team toward the end of August after playing as libero on the junior varsity. Crommett believed Wiltz would grow as a player competing for varsity, and she says Wiltz has fit in quite well.

“We brought her to a tournament and I kind of told her, ‘Look, you’re not going to go back down to JV, I’m just going to be very clear about that,’” Crommett said. “She didn’t have any trouble.”

A straight-A student who has also ran varsity cross country and is a member of the Nederland drum line, Crommett describes Wiltz as a go-getter.

“She works hard all the time,” she said. “She wants to learn. She doesn’t mind asking me questions, she’s just one of those ones that wants to be up there all the time. She doesn’t shy away from competition — she thrives on it, honestly.”

Wiltz averaged 9.1 digs per match and had 207 total digs in district play. She had 34 aces, 27 kills and a passing percentage three balls of 92 percent in serve receive.

For Wiltz, it’s not skill that’s improved over the season — it’s confidence.

Savarino also started varsity as a freshman. After a couple of seasons building experience, Savarino has come into her own as a setter and a team leader.

“She played last year for me as a freshman,” Crommett said. “She didn’t play the whole time last year, so she didn’t have as much varsity experience as she got this year. She got a little bit just to get her feet wet. And then this year she basically ran the team for me.”

The sophomore is embracing her setter role after starting slow as a freshman.

“For her last year, defensively, I don’t know if she was ready to just dive right into that and she struggled a little bit,” Crommett said. “But this year she stepped up a lot over the off season and she played flex ball. If she ever messed up, she would look at me like ‘I’m not going to let that happen again,’ and she wouldn’t.”

Crommett has come to trust Savarino as she gains confidence.

I’m thoroughly comfortable with her and she’s got really good setter hands,” she said. “She’s a good kid. She doesn’t let a lot of pressure or mistakes get to her. She’s a smart player.”

Other area volleyball players honored include Port Neches-Groves’ Elizabeth Bolyard and Halley Smith, who were also named first team All-District, along with Kasidee Sartin and Layla Stansbury, who were named second-team All-District.

With duck season looking better than it has in years, here are a few basic tips to help you bag... read more