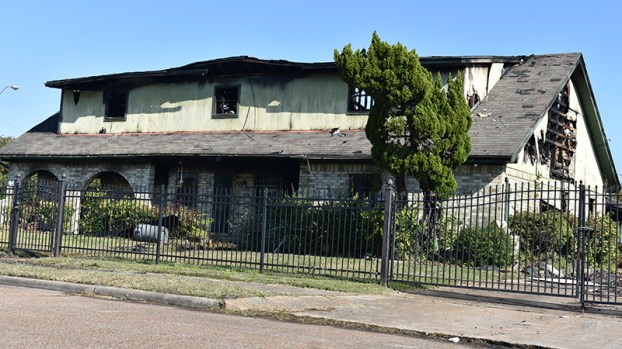 A vacant house at 1650 Joe Louis Ave., which is at the corner near West Gulfway Drive, was destroyed by fire Sunday night. (Mary Meaux/The News)

Investigators are working to find the cause of a fire that destroyed a vacant home at the corner of West Gulfway Drive and Joe Louis Avenue on Sunday night.

PAFD called Port Neches Fire Department for mutual aid and they responded with a ladder truck. PAFD was also using its own ladder truck to fight the fire.

Early into battling the blaze, the firefighters turned to a defensive attack, Holland said. There were no civilian or firefighter injuries, and the home is a total loss.

Authorities said fire and smoke damage did not spread to neighboring structures.

The origin of the fire and cause are under investigation and fire investigators were on scene Monday.