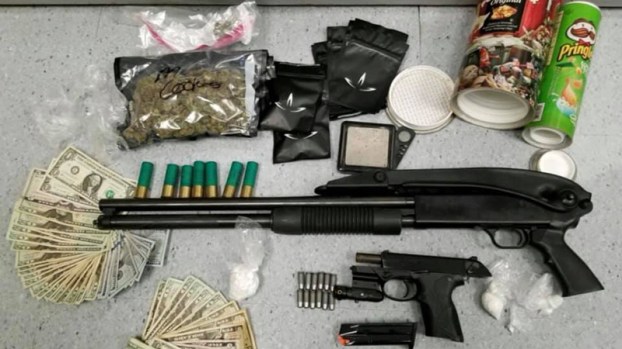 Port Arthur Police released the above photo of items they said were seized during a raid Saturday morning.

Cocaine, cash and guns were found during a search of a Port Arthur home Saturday morning, police said.

According to the Port Arthur Police Department, Narcotics Unit and SWAT team members executed the search warrant in the 600 block of 19th Street for the “possible discovery of cocaine.”

Police said more than 42 grams of cocaine were found.

A 35-year-old Port Arthur man was arrested for possession with intent to deliver a controlled substance, PG1 and felon in possession of a firearm.

Police did not immediately release the suspect’s name.