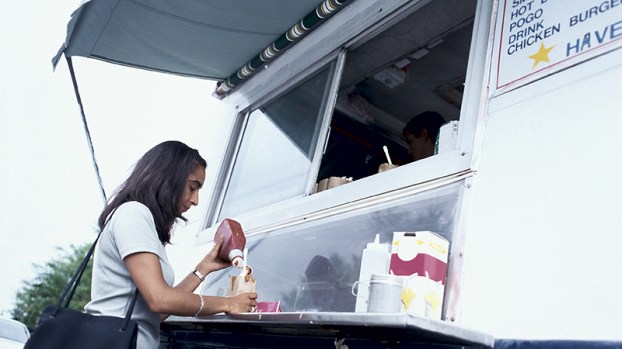 NEDERLAND — To hear Joe Oates tell it, food trucks are the industry’s “it” feature, and Nederland officials would be smart to open up the city to controlled acceptance of the dining craze.

Oates has been a leading voice in requesting the Mid-County municipality to update its zoning ordinance to allow food trucks. His effort, ongoing since August, grew legs this week when the City Council outlined a public hearing schedule, which will include Nederland Planning and Zoning input and an ultimate vote of council members on Dec. 16.

Those for or against the proposal, or who simply have questions, can attend a public hearing Dec. 9 at Nederland City Hall.

“Food trucks are a different flavor and flair of food,” says Oates, owner of the Boss Burger food truck. “I think the younger people are ready and I think older people are kind of excited about it. It’s a carnival-like atmosphere to stand in line with the food truck with the lights blinking.

“It’s for people who don’t want to spend the time it takes to go out and eat, and it’s better than fast food. You’re getting food, a little bit faster than a restaurant, without having to get dressed up. The quality and freshness is there.”

Only nonprofit organizations are currently allowed to operate as mobile food vendors in Nederland. Under a proposed 12-month pilot program starting Jan. 1, temporary food truck permits would be made available for events organized and permitted by a business establishment or Nederland resident with a homestead exemption.

Numerous protections designed to benefit the city’s brick-and-mortar restaurants have been included in the proposal.

Permits would not be issued during the week of the Nederland Heritage Festival.

A Jefferson County Health Department permit is required, and food trucks would only be allowed in commercial and industrial zoning districts. They could not park overnight.

“I didn’t want somebody from Houston coming in and popping up shop right next to me selling street tacos,” Collazo said. “If the person across the street has an event, like they had been here 40 years, and wanted to hire a food truck, that doesn’t bother me.

“If they own that property, who am I to say, ‘Well, they can’t have that.’ I can’t get mad about that. There is always going to be competition with food.”

Collazo said he supports the 12-month pilot program and will be attending next month’s public hearing to learn more.

While acknowledging he is considering expanding his business with a food truck, Collazo said the city is bound to experience some hiccups with the process and would likely have to tweak some guidelines through trial and error.

“Food trucks are new; it’s the hot thing to have right now,” Collazo said. “There are people having weddings that are hiring food trucks to come in and cook food at the receptions.”

Collazo and Oates said the city’s detailed ordinance proposal represents a smart approach to a fad that is growing quicker than some cities can effectively handle.

In advocating for the change, Oates said his goal is not to have Nederland inundated with food trucks.

“It’s not Port Arthur, where they have a lot of trucks and a lot of issues,” Oates said. “Houston can’t even control their trucks. Because Nederland is small and loyal, you have to be invited by a business. You just don’t want anybody to come in from Orange or Houston or Nacogdoches with a taco truck and set up wherever the heck they want. You can’t do that. There is no responsibility. That’s going to leave trash. That is going to leave a bad taste in people’s mouths.”

PORT NECHES — As old long-term debt projects begin to be paid off and the numbers dwindle down, the City... read more