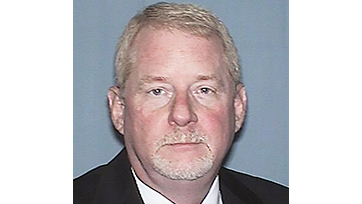 Before smart bombs, there were brave pilots who flew through enemy fighters and anti-aircraft fire to deliver their payloads on target. It is difficult for non-flyers to visualize such a mission, which is why computer-generated imagery has revolutionized visual media. Now everyone can sweat and squirm as the bullets fly right past your head.

Recently I took my wife to see Midway. Since we also ate at a Mexican restaurant, it counted as a date night. I view war movies critically, understanding the need for producers to maintain audience interest while describing historical events. Midway does an excellent job of cramming the first six months of the Pacific War into a little over two hours of film. The decisive events of June 4, 1942, are shown in great detail.

The essential campaign elements are included: Japan’s invasion of China led to an American oil embargo; The oil embargo convinces Japan to go to war to seize Indonesia; Pearl Harbor was a tactical success, but a strategic mistake; Japanese government and planning was dominated by the army; American codebreakers were able to read parts of Japanese messages; The Doolittle Raid convinced the Japanese of the need to finish off the U.S. fleet; and America’s forces were outnumbered and cowed, holding inferior weapons.

Unlike the 1976 Midway, this edition uses historical figures to tell the tale. Ed Skrein’s portrayal of dive bomber Dick Best might appear over the top, but it’s the gung ho temperament needed to lead pilots on a mission that one-third wouldn’t return from. Woody Harrelson has the perfect jawline to play an understated Chester Nimitz, tasked with holding the line while rebuilding the Navy’s morale. Dennis Quaid’s quirky mannerisms bring the hyper-aggression of Bull Halsey to light. To avoid painting too large of a panorama, the film focuses on the Enterprise’s air group as they learn how to fly, fight and win.

Watching the minor characters interact though numerous small incidents are what brought the movie alive for me: The immense difficulties of carrier air operations; The codebreakers’ trick that verified Midway as the Japanese target; The reversal of the Japanese wargame results; the decision of Nimitz to replace Halsey with the cautious non-aviator Raymond Spruance; the hurried repair of the Yorktown after Coral Sea; Hollywood’s John Ford filming a documentary during the battle; and the slaughter of the American torpedo planes.

As a history teacher, I ask students to judge decisions based on the information that was available at the time. Even after the major decisions were made, smaller ones can have a great effect on the results of an event. Chuichi Nagumo’s decision to switch from bombs to torpedoes before launching against the U.S. fleet was foolhardy in retrospect, but understandable based on his hubris and the facts he had at the time. Wade McClusky’s decision to turn to the right at the end of his search pattern allowed the Enterprise’s planes to trail a sub-hunting destroyer and locate the Japanese carriers. Half of the American strike force turned left and missed their chance.

The movie’s climax is when the divebombers start their runs on the Japanese carriers — the five minutes that won the Pacific War. Just like the Nazi Stuka, the SBD Dauntless flew above the target and then dove at a 60-degree angle to 1,500 feet altitude before releasing their bomb. The pilot aimed his aircraft at a maneuvering target while bullets and shells whizzed by his head. Midway’s CGI helped me visualize not only the difficulty of the task, but why so many bomber pilots didn’t return.

One of the big “what ifs” of historical debate has been if Halsey had been the American carrier commander instead of Spruance? Their temperaments were so different, and Halsey might have pursued the Japanese carrier fleet remnants at night — right into the Japanese battleships. Even with the loss of four carriers, the Japanese still could have won the battle, and prolonged the war for more than a year.

My wife, the daughter of a Navy Cold War veteran, enjoyed the movie — even with my continuously whispered background explanations. I thought it was the best I’d seen since The Pacific miniseries. Before seeing the movie, I suggest reviewing the facts of the battle to help keep pace with the narrative. I also encourage a visit to the National Museum of the Pacific War, located in Nimitz’ home town of Fredericksburg, Texas. Their displays, equipment and exhibits are extensive, and they’ve got a working flamethrower in their re-enactment! But that’s a story for another time.

Charlie Jehlen is a retired school administrator from Nederland