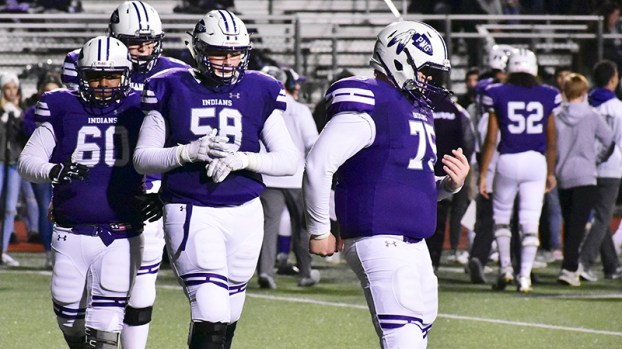 Indians hope to keep up with fast Fort Bend Marshall

Fort Bend Marshall is no team to dismiss. The Buffalos didn’t lose a single game last year until the State Championships, when Aledo beat them 55-19. They defeated the Port Neches-Groves Indians 53-14 during their climb through the playoffs in 2018 as well.

“They’re extremely athletic, elite players in some of their skill positions,” he said. “They lost the state championship last year. They’re a tough team.”

This year the Buffalos finished their regular season as runners up in District 11-5A-II. Dave Campbell’s Texas Football ranks them at No. 4 for the state in Class 5A Division II. Manvel, the 11-5A-II champions and the team that gave the Buffalos their sole loss, is ranked No. 2.

The athleticism of Fort Bend Marshall extends throughout their programs. The Buffalos won the 2019 State Championships in track and field earlier this year, and Faircloth says that could mean their football team has speed on their side.

“Just elite speed,” he said. “It’ll take a second to adjust your angles on defense and some of those things that you haven’t had to do. They’re also big and physical.”

As fast as they can be, the Fort Bend Marshall defense also appears to excel in slowing down other teams. They lead their district in yards allowed, averaging just 170 a game. Vidor, 12-5A-II’s defensive leaders, is averaging 208 yards a game. PNG came away with an 18-10 win against Vidor earlier in their season, and will have more games and more experience under its belt when heading to Missouri City.

PNG will need that experience to try to stop Fort Bend Marshall’s running game. The Buffalos are at the top of their district in rushing yards with 2,600, 423 more than the second most, Willowridge.

Achane has run for 1,259 yards this season on 92 carries. He also seems to find ways to get around defenders, averaging 13.68 yards per carry. His 21 rushing touchdowns, eight passing touchdowns and two two-point-conversions add up to 178 points for the Buffalos. The top scorer in 12-5A-II, Barbers Hill’s Cameron Cauley, has scored 84 points total in comparison.

Senior quarterback Malik Hornsby also ranks high in rushing for the Buffalos, having the fourth most yards in his district, 861, and scoring 11 rushing touchdowns of his own. A freshman running back, Jy’Adrian Wortham, ranks 12th in his district 298 yards on 34 carries.

Where Fort Bend Marshall excels in rushing, PNG’s passing is one of its strengths. Junior quarterback Blake Bost ranks second in the district in passing yards with 1,857 and has thrown the most with 179 completions on 309 attempts.

PNG’s receivers give Bost lots of options. Senior Peyton Proenza is one catch behind the district leader in total catches, Nederland’s Kyndon Fuselier, and has 540 total reception yards on 46 catches. Junior Brady Nail is just behind Proenza, making 456 yards on 43 catches. Senior Kaleb Wuenschel has 41 catches for 470 yards and junior Josh Mazyck has 24 catches for 206 yards.

As playoff games have higher stakes, with the loser ending their season, there’s too much on the line to shake things up, and that’s just fine for PNG. In all, the Indians believe if they continue what they have been doing all season long, they’ll be victorious.

“We want the guys to be in a comfort zone,” Faircloth said. “They know what kinds of things we’ll be working on in practice everyday and those things never change. We believe in that — we believe those are the kinds of things that help us be successful.”

Successes are what build confidence, according to Memorial head coach Brian Morgan. He wanted his team to make the last... read more