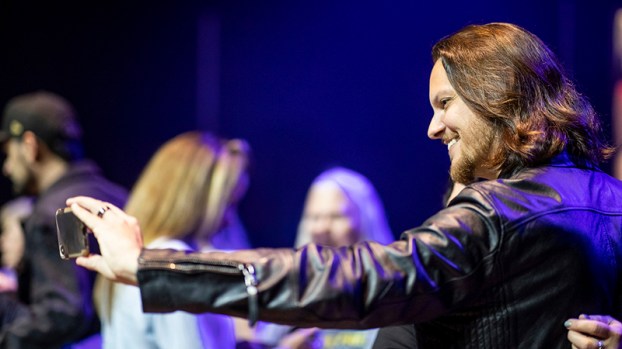 Home Free is the world’s first all-vocal country band, and member Tim Foust is a Golden Triangle jewel bringing the world-renowned a cappella group to his hometown of Nederland this month.

“We’re told we are the world’s first all-vocal country band,” Foust said. “We are blazing our own trail and writing the rulebook ourselves. That’s one of the things that draw people to country music, how organic it is, and there is nothing more organic than the human voice.”

“The group that I have been a part of for 19 years started as a hobby with friends and snowballed into a career,” Foust said. “The better part of the first decade was just the trial and error that goes into a new band. Once they were ready to go full time is when I went in. A couple years later we went onto The Sing-Off, and as they say, the rest is history.”

“It was amazing,” Foust said. “It was very surreal to say the least. To be a part of national television, where there were 10 million people tuning in. We were performing to the musical icons that we looked up to. It was very rewarding to win that and to catapult our career.”

Since winning the show in 2013, Home Free has released five albums, including their newest, Dive Bar Saints, which they have begun touring worldwide with stops in Nashville, New York, Italy, Switzerland and Australia.

“Dive Bar Saints is mostly originals; this is the first time that we have done more originals than covers by a long shot,” Foust said. “It was just time. We were at that point where it’s time to carve out our place in country music.” 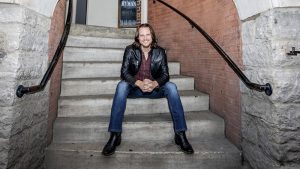 Nederland native Tim Foust is a part of the world-renowned a cappella group Home Free. During their Dive Bar Saint World Tour that kicked off on Sept. 18, the group sold out the famous Ryman Auditorium in Nashville, Tennessee. (Photo Courtesy of Evan De Stefano)

Foust, who has a five-octave vocal range, also wrote two of the album’s songs, “Remember This” and “What’s the World Coming To?”

“Both of the songs are activism-based. The message is telling people to take charge of their lives and how we ultimately get to decide how we want to remember any situation we are placed in,” he said. “It’s about people making decisions they are proud of.”

Dive Bar Saints World Tour kicked off on Sept. 18 in California, but Home Free is taking a short break from their original tour to kick off the Dive Bar Christmas Tour, starting Nov. 30 with a concert in Nederland at the Performing Arts Center.

“It’s always such a good time to give back to Nederland,” Foust said. “The hometown community has always been supportive of my music. Even growing up doing performances locally in the community, we were always championed by the folks there. They’ve been behind me every step of the way so it’s fun to be able to return and bring a national touring act back home.”

A portion of the proceeds from Home Free’s ticket sales will be donated to the Nederland High School music program.

A day before Home Free’s performance, Nov. 29 from 2-4 p.m., Tim Foust will be inducted into the Museum of the Gulf Coast’s Music Hall of Fame.

Museum director Tom Neal said due to his influence, talent and vocal range Foust deserves to be sitting alongside other Mid-County and Port Arthur-area greats.

“If you just hear him sing, it explains it all,” he said. “The museum tells a story of important people. One of the reasons the museum is here is to show the kids people who have knocked it out off the park nationally and internationally in their fields. We want to point out the fact that all the people who have made it on the wall worked hard and became successful because of it.”

Foust said he is truly honored to be inducted and can’t wait to be back in his hometown for the holidays.

“It’s amazing,” he said. “I grew up in Southeast Texas. I credit the music program in Nederland and Lamar University for giving me such a firm foundation to move forward and have a career in music. Growing up in the Golden Triangle, we went to field trips to the museum and I always wanted to follow in the footsteps of Janis Joplin. So it’s an honor to be recognized up there with the rest.”

To view the musical ranges of Tim Foust and Home Free, check out their YouTube channel.

The number of finalists for the permanent Port Arthur city manager position has been reduced to three after De’Carlon Seewood... read more