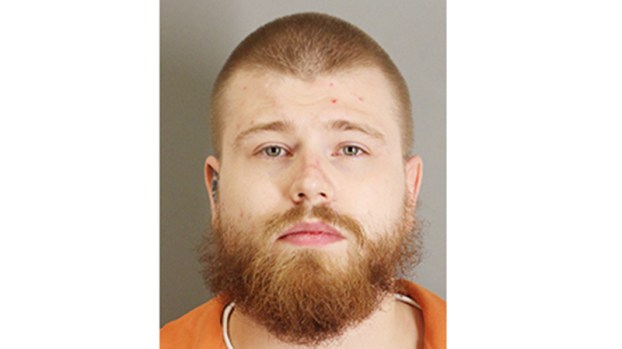 BEAUMONT — A Nederland man was sentenced to 99 years in what the prosecutor called one of the most gruesome crime scenes she’s ever seen.

Jacob Arrington, 26, pleaded guilty on Monday in Judge John Stevens’ court to the May 2017 murder of Brandon Robertson, 24, who was shot to death and his body brought to Tyler County and burned.

The case was complicated, Jefferson County Assistant District Attorney Rachel Grove said, in that the murder occurred at a home on Eighth Avenue in Nederland on or about May 24, 2017. Robertson was shot once in the head and twice in the torso.

A man hog hunting on May 27, 2017 in a rural area in Tyler County saw something on fire and went to the nearest residence and alerted the homeowner who called police. That’s when the victim’s body was found.

“I think the jury got this case right,” Grove said. “I believe the defendant in this case showed no remorse. This is one of the worst, most gruesome crime scenes I’ve ever observed as far as the way he treated the body. This act was committed by someone who clearly has no respect for human life whether friend or stranger, and the community is best served by him in prison for as long as he can be.”

The defense attorney, Wendell “Chip” Radford, said this was a very difficult case.

The case spanned two counties — Jefferson and Tyler, and included assistance by the Jefferson County Crime Lab who processed the scene, Tyler County Sheriff’s Office and the Texas Rangers.

The case involved four other individuals who are charged with tampering with evidence: Jeremy Arrington, who is the uncle of Jacob Arrington, of Tyler County, Scott Ford of Orange, James Pratt of Nederland and Thomas Swafford of Nederland.

Grove said the D.A.’s office has not offered the four individuals any type of deal at this point.

Grove said a jury was selected on Monday afternoon for the punishment phase and testimony lasted 1½ days. The jury was out for 1½ hours before returning with the sentence of 99 years plus a $10,000 fine.

FAITH AND FAMILY — Spiritual communities come together during Mid-County Madness