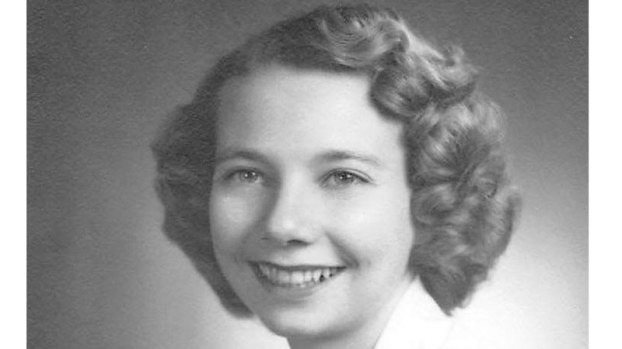 Martha “Meme” Pennock Troxell, 91, of Beaumont, formerly of Port Arthur, passed away surrounded by her family on October 21, 2019.

She was born on February 27, 1928, in Longmont, Colorado to Mildred and Hugh Pennock.

She graduated from Longmont High School as valedictorian of her class.

She went on to attend the University of Kansas and earned her degree in Occupational Therapy.

Martha married Robert (Bob) Louis Troxell and moved to Port Arthur, Texas as a bride in 1953.

Martha founded the occupational therapy department at The Hughen Center, formerly known as Hughen School for Crippled Children, and was the school’s first OT.

She devoted herself to providing children with individualized care, education and therapies designed to enrich the quality of their lives.

Martha took time off from work to become a homemaker.

She was a Camp Fire leader and volunteered at Tyrrell Elementary and her church. When her children were older, she returned to occupational therapy, working for area nursing homes, school districts and development centers.

Martha retired in 1995 but continued as a volunteer at many of her previous workplaces.

She was a founding member of Spindletop Unitarian Church, a past president of its board of trustees, and served the church in a variety of capacities over the years.

Martha is survived by her husband of 66 years, Robert (Bob) Troxell; her children, Donna Oberle and husband Frank of Beaumont; and Steve Troxell and wife Nettie of Katy.

She was predeceased by her daughter, Dr. Cynthia Troxell, and survived by Cynthia’s husband, Dr. Daniel
Murphy and honorary daughter-in-law, Dr. Barbara Abrahams, of Boulder, Colorado.

Martha was truly one of a kind. She was loving, caring, patient and wise.

Her greatest joys in life were her family, friends, and helping others.

She was instrumental in the lives of her grandchildren, great-grandchildren, and neighborhood children by sharing her knowledge through tutoring, piano lessons, sewing lessons, handwriting lessons, cooking lessons, and always giving the best practical advice.

She was a sucker for a bargain and loved garage and estate sale shopping.

Meme had a wonderful sense of humor and referred to Heaven as “The Big Garage Sale in the Sky.”

To know her was to love her, and she will be deeply missed by all.

The family would like to express their appreciation to all of the doctors who gave exceptional care to Martha throughout the duration of her illness, especially Dr. John Henderson, Dr. Barbara Abrahams, Dr. Bobby Oberle, Dr. Scott McKenney, and Dr. Colin Hales.

They would also like to thank Martha’s loving caregivers Marie Kruttlin and Joje Frantz.

The family invites everyone to stay and join them for a reception in celebration of Martha’s life immediately following the memorial service.

Friends wishing to make memorial contributions may send them to The Museum of the Gulf Coast, 700 Procter Street, Port Arthur, TX 77642; The Dear John Michael Foundation, PO Box 81062, Midland, TX 79708; or a charity of their choice.