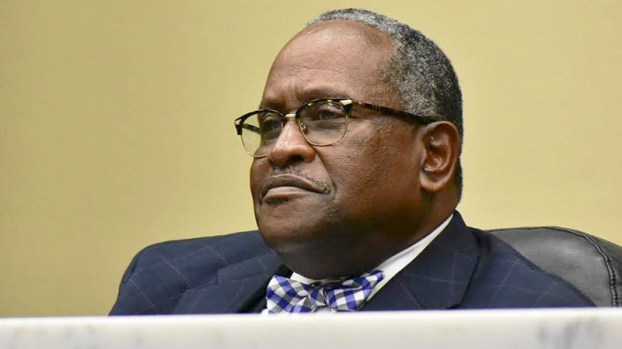 Bartie to meet with governor, vying for workforce training to help underemployed

Shortly after he and the Port Arthur City Council conduct public interviews with the four city manager finalists, he will head to Austin for a meeting with Texas Gov. Greg Abbott to address workforce training. Bartie hopes the state passes legislation to provide incentives for companies who prepare and hire those who may not yet be job-ready. He declined to give further specifics.

“Individuals who are not normally attractive to employees, maybe they are on drugs. Maybe they are ex-cons,” Bartie said. “I have several individuals that fit that profile in Port Arthur, but if we can show and give that person an opportunity for a greater quality of life, that’ll help them change their lifestyle. Folks may say, ‘Man, the city is not a social agency’ or anything like that, but we have to care for our citizens.”

Bartie drew the invitation to Abbott’s office following a roundtable discussion Abbott hosted at the Capitol on Oct. 20.

“When the governor spoke to me, I immediately told him, ‘Governor, I am a Democrat and you are a Republican,’” Bartie said. “On this, we can work together because he spoke from his heart when he spoke about having a concern for people who were drug-addicted or in line to become a recidivist because they were ex-cons and they can’t get employment.”

Bartie’s goal is for a law similar to Texas House Bill 2784, which Rep. Dade Phelan (R-Beaumont) introduced and went into law Sept. 1. The law established the Texas Industrial Workforce Apprenticeship grant program to meet the workforce needs resulting from the impact of Hurricane Harvey.

“It’s something that crossed the aisle again, and it might be what got me to have this opportunity,” Bartie said, citing State Sen. Carol Alvarado (D-Houston) supported the bill as well.

The request for Bartie’s upcoming trip, which costs $1,298.50, was approved along with expense reports for him, Mayor Pro Tem Harold Doucet, three other councilmembers, city manager Ron Burton and city attorney Val Tizeno from the Texas Municipal League Conference in San Antonio from Oct. 8-12. The cost for each trip ranged from $1,345.61 for Councilman Raymond Scott to $2,935.07 for Councilwoman Charlotte Moses.

Doucet contended with the costs incurred.

“It’ll be less expensive to taxpayers if we register early as opposed to if we wait and decide whether we go or not,” Doucet said, noting fees rise by $125 to $445 if after registration is completed after a deadline. “We’re going to have to face the citizens when it comes to taxpayer money.”

Moses said her expenses rose because she had to fly to San Antonio due to a family emergency, and she took Uber rides to her hotel from the conference site at night for safety reasons. Councilman Thomas Kinlaw’s expenses were listed at $2,389.07, but he said an error was made and he will be credited $400 to $500 after paying per diem.

“Part of the reason we had ticketed events is we are members of the affiliate organization as well, which is the Texas Association of Black City Council Members,” Bartie said. Membership in the TABCCM is not mandatory, he added.

The council’s next regular meeting has been moved up one day to Nov. 18 starting at 8:30 a.m. due to members attending the National League of Cities City Summit in San Antonio from Nov. 20-23.

One day not that long ago, Jermel Newman’s 2-year-old granddaughter asked where her Mama was. “I told her to come... read more