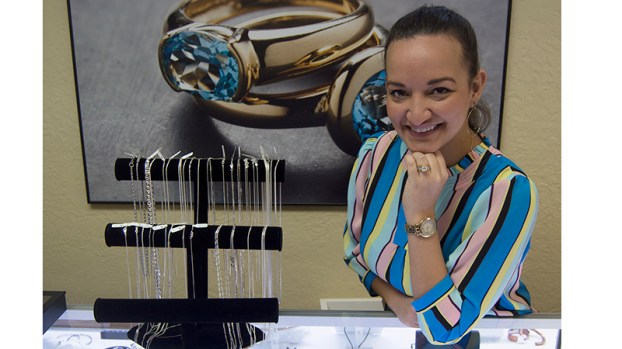 When Estelle’s health started to fail, her son Isaac took over the business, eventually creating a new corporation and name — Isaac Barbosa Jewelers.

Today, the jewelry store is growing into its next phase with a new location at 4300 Lincoln Avenue in Groves, this time under the stewardship of Isaac’s daughter, Rebekah Butler.

Butler said she had been looking for a new location but didn’t want to rush into an opportunity that didn’t feel right.

With the closing of The Collection Fine Gifts and Accessories, Butler knew the store’s Lincoln Avenue location would be perfect.

“All the ladies in this area and building are really great people,” she said. “We’re hoping to come together and have a better future for all of us. The Collection is closing, so hopefully we end up buying the building from them and carrying on with a lot of traffic.

“It’s been really exciting because we didn’t have a lot of walk-in traffic at the old location. Here, they walk up and down the street.”

Isaac Barbosa Jewelers began brining inventory this week to the new location, which is open from 10 a.m. to 6 p.m. Monday through Saturday.

Isaac Barbosa Jewelers has stood the test of time in part because of Barbosa’s skill and education.

He spent years learning at his mother’s side before stepping into the role of jeweler. He also pursued multiple degrees in college, eventually settling in as director of computer services at Lamar Institute of Technology.

Today, he uses his technical background, 3D printing equipment and innate skills to create one-of-a-kind pieces that have become the norm, according to Butler.

If you have old jewelry, gold or silver and want to melt it down to create one special piece, that is where Isaac Barbosa Jewelers excels. 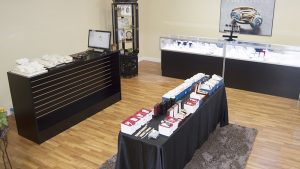 “We have a 3D printer, and Isaac and I can go in through the software and create the exact ring you want from scratch, 3D print it into a wax and cast it with all the gold and stones you want to put into it,” Butler said. “The whole process, just watching it, is super cool. The technology is so amazing.”

Butler still worries about the pressures that come with owning and operating a business but reminds herself, “Everything happens for a reason.”

“Sure enough, it is all coming together,” she said. “It would be great (to pass on the business to the next generation) because I have little cousins that are my dad’s sister’s kids. Hopefully, when they get older, they may want to join it. It is more like a family thing.”

That family link is key for Barbosa, who said he would be retired if not for his daughter’s involvement.

“This is really exciting to me,” he said, adding, “no one is able to provide the services we provide.” 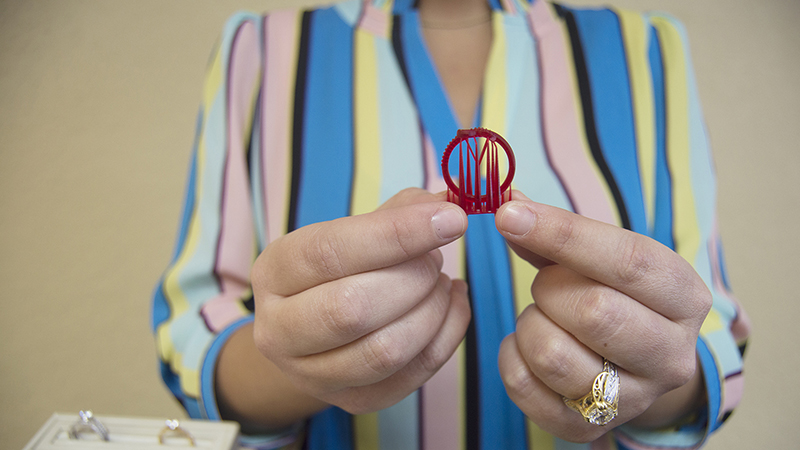 Rebekah Butler holds up a cast, which is part of the modeling process used by Isaac Barbosa Jewelers to create custom jewelry for new and returning clients. The store is known for its one-of-a-kind creations. (Stephen Hemelt/The News)

One day not that long ago, Jermel Newman’s 2-year-old granddaughter asked where her Mama was. “I told her to come... read more