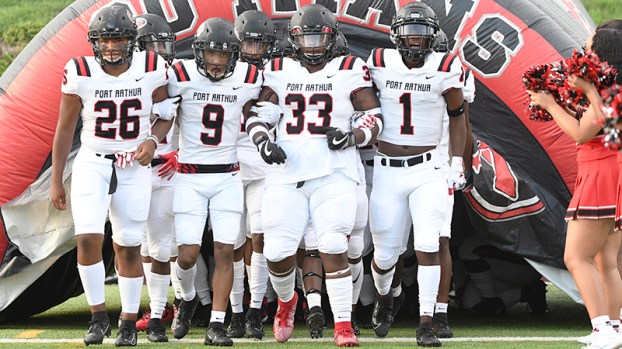 Morgan, however, noted that the change in routine didn’t affect the Titans’ performance in a 76-0 victory at Houston Wisdom at J.K. Butler Stadium.

“Our guys came out and executed today,” Morgan said. “It’s easy not to be focused in a game like this.”

The Titans (4-5, 3-3) snapped a three-game losing streak in their final road game of the regular season.

The competitive imbalance allowed Morgan to play several players who split time between varsity and junior varsity this season, including sophomore Adrian Hayward, who rushed for a career-high (and game-high) 142 yards and three touchdowns on just five carries.

Kason Williams rushed for a pair of first half touchdowns for the Titans.

Memorial improved to 3-1 when playing in Harris County this season, including 2-0 at Butler Stadium. The Titans earned a 35-0 non-district win over Houston Madison on Sept. 6.

On the weekend of Nov. 15, Memorial will challenge 5A Division I state runner-up Shadow Creek in the bi-district round of the UIL 5A Playoffs.

Jah’mar Sanders completed a 22-yard touchdown pass to receiver Tavian Gipson. It gave the Titans a double-digit lead with 4:33 in the first quarter that they wouldn’t relinquish.

And it was the first of two Sanders-to-Gipson touchdown connections. Sanders completed his first five attempts and finished 6 of 7 for 120 yards and three touchdowns. Gipson caught four passes for 75 yards and also returned the opening kickoff of the second half 60 yards for his third touchdown of the game.

Sophomore Jaylon Guilbeau, who scored on a pick-six in the second quarter, and then intercepted a pass on the very next drive.

“He is a really good player with a bright future,” Titans head coach Brian Morgan said.

The Titans will close out the regular season at home vs. Houston Austin at 7 p.m. on Friday night.

“Austin will play hard, and they have a quarterback who plays both ways,” Morgan said. “Playing on Saturday cuts out a day of preparation for us.”

— By Michael Sudhalter, Special to The News

Those who reside in the Nederland Independent School District only can purchase tickets for the Nov. 8 Bum Phillips Bowl... read more