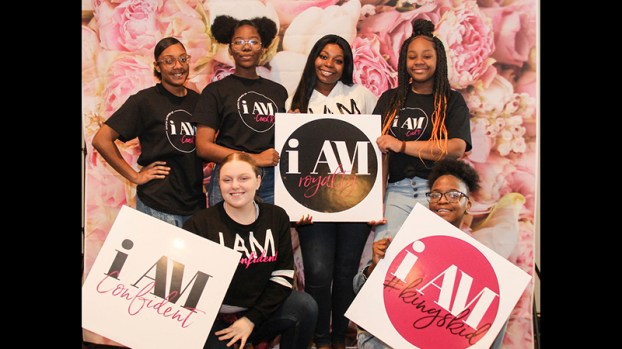 Teen KICK, a program that promotes the enrichment of young teenage girls, started in 2015 as a small church group out of the Triumph Church in Nederland. Now, the program has expanded to include hundreds of participants from all over the Golden Triangle and Houston areas.

Last year the program grew to become a non-profit organization. CEO and founder Kisha Simmons said she has been blessed to see the growth of the organization over the last four years.

“It started with me hosting teen life at church, one of our small groups,” she said. “I was hosting one of those in the summer of 2015 and the girls did not want it to end. It kept growing and doubling each week we would meet.”

The Port Arthur native decided to organize a back-to-school concert to send the girls who were reluctant to leave with something special. The event was sponsored by local businesses such as Chick-fil-A and Target.

Proceeds from the concert allowed for the program to give 50 girls in need new backpacks for school, kicking off the first of many benefits.

“After the concert, I started hosting two big events each year,” Simmons said. “I got known for hosting these events. Once we became a nonprofit, we were able to get grants to put on even larger events.”

“The girls get to do all types of things over the summer,” Simmons said. “We have celebrity speakers, horseback riding, things they don’t get to do here in Port Arthur. It’s about empowering them, teaching them how to be bold and not conform, to own their uniqueness.”

Members of the program also meet once a month at Triumph Church. 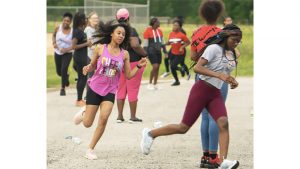 Members of Teen Kick, with the support of celebrity athlete Crystal Hadnott , hosted a fitness workshop for teen girls as part of the eight-week enrichment series simple care. (Courtesy photo)

“The girls that have been a part of this program, we teach them things like proper etiquette, how to be smart on social media, stress management for school.

“We are teaching these girls how to take care of their body, mind and soul. We teach them how to workout, how to have a relationship with Christ, how to become mentally healthy and eat healthy.”

Mercedes Graham, who was a member of Teen KICK until she graduated from Memorial High School this year, said Teen KICK taught her how to care for others without expecting anything in return.

“It’s taught me how to have a sisterhood with girls from all other backgrounds,” she said. “It’s taught me confidence, how to uplift others, how to build a bond and to always give back no matter what.”

As part of an eight-week enrichment series, Simmons is taking 70 girls Sunday to see a special screening of the movie, Harriet.

“The reason why I felt so strongly about taking them to see the movie Harriet is because it embodies everything we want these girls to learn,” she said. “Harriet Tubman is a historical figure and a hero of her time.

“It’s important for the girls to see this film, not only to see where they come from, but to see what women can do. She was called to free 100 slaves, to do something that seemed impossible. We want our girls to know that no matter what their call is, that it’s possible for them to do it. One person can make a change in our future.”

Simmons said she would also like to thank her sponsors for their role in the program including Safeguard Tax, Constable Christopher Bates, educators and Port Arthur natives.

Teen KICK is open to girls 12-18 years of age and from sixth grade to 12th. The program also offers scholarship opportunities for graduating seniors. For more information or to become a member, visit teenkick.org.

PORT NECHES — The Port Neches-Groves Indians and Barbers Hill Eagles made it an offensive contest, with nearly all possessions... read more