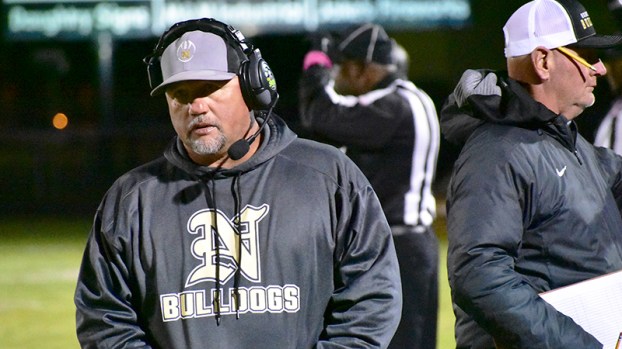 Bulldogs fighting for playoffs, but Crosby will be too on Friday

The Crosby Cougars had a taste of a three-game winning streak until Barbers Hill ended it last Friday, defeating them 28-7.

Like the rest of football, the end of the season is prompting some thought toward playoffs, and all teams are going to be fighting for the best draws.

The Nederland Bulldogs are thinking the same.

“For the last three weeks we’ve been in playoff mode as far as preparation and the mental approach we’re trying to take, just so if we are fortunate to get there,” head coach Monte Barrow said. “At the same time, all the teams we’ve played in the last four games are playoff contenders. You could tell last week with Vidor, they were fighting for their playoffs just like we are. When you do that it’s a different animal you’re going against.”

Last year the Bulldogs beat the Cougars 45-22 to clinch a share of the District 12-5A Division II championship. Crosby, meanwhile, ended its season with a win against Baytown Lee and no postseason.

“The game’s never going to be over,” Barrow said. “They’re never going to stop because they know the playoffs are on the line and we’re hoping our kids are realizing that. Crosby is the same way this week.”

Crosby comes in with a squad of playmakers, including a high-ranking rusher in junior quarterback Deniquez Dunn, who has collected the second-most yards rushing yards this year in 12-5A-II, behind Vidor’s Brad Nunez. Senior Leondre Smith, who has played running back and wide receiver, has 390 yards on 83 carries.

“They’re dangerous,” Barrow said. “They’ve got athletes all over the field that can score at any time.”

They’ve got substantial competition, too. Nederland senior quarterback Bryce McMorris and sophomore wide receiver Kyndon Fuselier sit at the top of district on passing yards and receiving yards, respectively. Junior running back and wide receiver Josh Mazyck comes in just behind Dunn in rushing yards with 645 on 114 carries. Mazyck is also tied for second in rushing touchdowns with eight this season.

Key to utilizing these talented players effectively will be managing an aggressive Crosby defense, Barrow says.

“They like to stack the box, man up and stop the run with those other guys, so it’ll be a test for our offensive line, making sure their eyes are open and taking care of their responsibilities,” he said. “They’ll make some big plays, but when you break that first line there’s not a lot of people left to beat so it’s kind of a give and take thing. If we do more breaking the line, we’ll have a better chance of being on top. If they have more big plays defensively, they’ll have a better chance.”

Nederland’s own defense will need to keep its eyes open against a Crosby offense that is adept at the run-pass option.

The Port Neches-Groves Indians, reliant on the aerial talents of its quarterback and receivers, will need to find ways around... read more