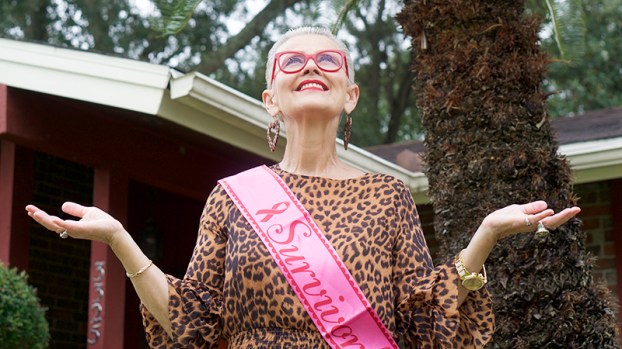 Deborah Freeman is a breast cancer survivor. The Port Arthur native was diagnosed in August 2017 and was declared cancer free in June of this year. Freeman attributes the miracle to the support by her family, friends and God. (Cassandra Jenkins/The News)

Deborah Freeman was diagnosed with breast cancer two years ago at the age of 67, but she does not let those two words and one diagnosis define her. 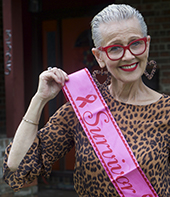 Mother, grandmother, fighter, survivor are all words that come a lot closer.

In August 2017, shortly after Hurricane Harvey hit the coast, Freeman was diagnosed with breast cancer after finding a lymph node under her left arm. She spun into one of the most difficult two years of her life, going through broken bones, heart failure, blood loss and chemotherapy.

“When the doctor diagnosed me with breast cancer, I was in shock,” Freeman said. “I told him that can’t be true. I had never drank or smoked and I never took any medicine other than an aspirin for an occasional headache.

“He told me that some of the greatest athletes in the world had cancer despite eating right, exercising daily and keeping their body in perfect condition, so it took me a little while to grasp that I really had cancer.”

After deciding against a holistic approach to the disease, Freeman went in for a couple rounds of chemotherapy and took a turn for the worse.

Freeman passed out the day after Christmas and broke her left shoulder. A day later, she was rushed to the hospital with a low blood cell count and pneumonia.

“It was a life-threatening week, I knew it and my family knew it, but God sustained me,” she said. “Miraculously, I healed and was able to leave the hospital and continue my chemotherapy.”

Freeman underwent chemo for more than a year before being declared cancer free in June 2019, a miracle she attributes to the support of her family, community and God.

“It’s not a by-yourself disease, and if it is, then God knows someone needs to reach out and make sure that person is covered,” she said. “So many ladies aren’t as blessed as me to have that family support. I had my kids, and even my grandkids were in the fight. I had co-workers, friends, the church and my pastors. It was truly a family affair.”

Freeman said her son, Derrick, who was running for re-election as mayor of Port Arthur at the time, rushed to her aide, spending many nights alongside her hospital bed.

“He slept in a chair every night next to my bed and bought me every kind of food you could think of to get me to eat,” she said. “I remember one day he said, ‘Come on, Momma, we are going to take some spoonfuls of this Ensure,’ and he counted them as he fed them to me. It was such a labor of love.”

Derrick said watching his mother, who had always been a picture of strength, become so weak was one of the hardest things he had to do.

“My entire life she has just been so strong, ambitious and motivated,” he said. “It was hard for me to see her need help, but I was extremely happy I could be there for her. She encouraged everyone around her with her energy and love. She just kept us going. We knew if we kept her positive and focused in the same way she would get through it, and she has.”

Despite losing his seat as mayor this year, Derrick said he knew he made the right choice.

“It was hard,” he said. “I was in the seat. There was a lot of duty and requirements and then my mother had the diagnosis. To add to that, there was a reelection campaign — it was a lot. I appreciated my time serving the community, but my family was more important at the time.”

Deborah Freeman has been cancer free for four months and uses her time and experience to become a beacon of hope for others like her.

“The key to really defeating cancer is the love, fellowship and people who reach out and do more to assure you that it’s going to be all right,” she said. “The purpose that I have is toward being a servant to other people, a servant to my children, my community and to Christ.

“I love being a part of helping people and I can’t do it sick. Everything that was meant to be bad, I’m going to turn it around for good. It was a time of healing for my body and strengthening of my soul and spirit.”

Freeman is now a member of the Gift of Life Program and is a sponsor for breast cancer survivors.

“When you’re looking death in the face, it all changes,” she said. “My main goal now is to be the best mother, friend, sister in Christ and grandmother I can be. I want to leave a legacy that lets them know that I love them, that Jesus loves them and that there’s hope.”

(Editor’s note: In honor of Breast Cancer Awareness Month, this is the fourth in a series of features The News is publishing on Thursdays during October about people in our area who have survived breast cancer.) 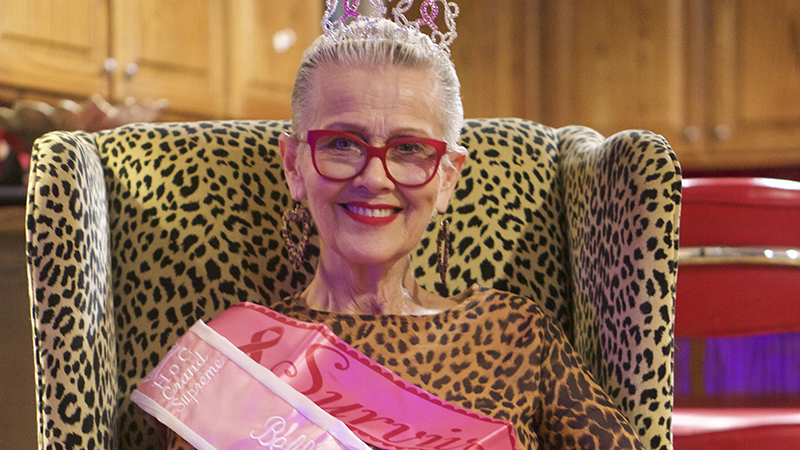 The victim of a Tuesday shooting in Port Arthur may have known his shooter, police believe. “We’re still trying to... read more